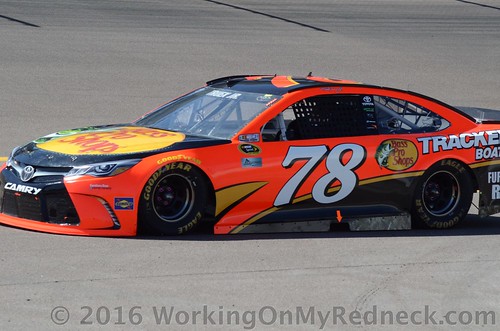 His No. 78 Toyota set a blistering pace during the session, topping the board at 192.328 mph. This marks the second pole of the season for the Furniture Row Racing wheelman.

Team Penske’s Joey Logano was second-quickest during the three-round knockout session. Logano, who was the fastest during the opening two rounds, clocked in at 192.007 mph.

Check out the starting lineup for the Coca Cola 600.