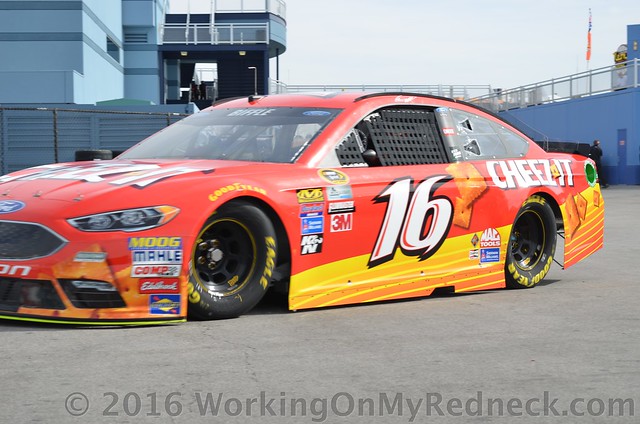 In his 26 career Cup Series starts at the 1.0-mile track, Greg Biffle has two wins, six top-five and 11 top-10 finishes.  His average starting position is 12.9 with an average finishing position of 13.8.

Biffle has led a total of 463 laps at Dover International Speedway.

One Year Ago at Dover

Greg Biffle qualified his No. 16 Ford seventh, but damage from a late race caution left him with a 17th-place finish.  Biffle had battled back, despite searching for turn during the race, when a fellow competitor blew a tire in front of him on the track.  Biffle locked up his tires trying to avoid the incident, but got into the back of the car ahead and had to pit for four tires before the race ended with a green-white-checkered finish.

Hurricane Joaquin made a solid attempt at washing out the Dover race weekend but in the end NASCAR prevailed.  Sunday stayed dry and Biffle was able to drive his No. 16 Ford Fusion to a 13th-place finish despite having a final set of tires on the car that caused a tight-handling condition.

The Greg Biffle Foundation is thrilled to announce a special fan promotion for the 2017 NASCAR Pets Calendar. Three lucky winners and their pets, along with one charity winner selected by The NASCAR Foundation, will grace one page of the 2017 calendar for the first time ever.  Visit www.gregbifflefoundation.com for more information on entering.