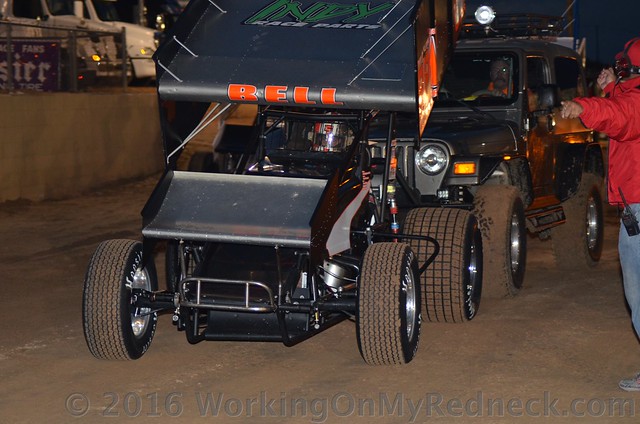 The NASCAR Camping World Truck Series may have been idle for four consecutive weekends, but 21-year-old Christopher Bell didn’t let the break slow him down!  Since the last Truck Series event at Martinsville (Va.) Speedway on April 2, Bell has managed to find himself in the seat of a race car each weekend in an effort to keep his skills sharp for when he gets back behind the wheel of his Kyle Busch Motorsports No. 4 JBL Tundra for Friday night’s Toyota Tundra 250 at Kansas Speedway in Kansas City.

Bell, who won a combined 44 feature events across a variety of disciplines of motorsports in 2014 and 2015, picked up his first two victories of 2016 during the month of April. The Oklahoma native had a dominant win in Kyle Busch Motorsports’ (KBM) Super Late Model in the CARS Racing Tour Super Late Model Tour Orange Blossom 300 at Orange County Speedway in Rougemont, N.C., on April 16. After qualifying second, he took the lead on lap 10 and remained out front for the remainder of the 150-lap event. The win marked his third in as many starts at the .375-mile paved oval since making his transition to pavement racing late in 2014.

After a two-day Truck Series Rookie test at Bristol (Tenn.) Motor Speedway on April 18 and 19, Bell headed to Salem (Ind.) Speedway on April 24, where he made his ARCA Racing Series debut with Venturini Motorsports. The talented youngster started the 200-lap event at the high-banked .555-mile oval from the second position and went on to lead of race-high 91 laps en route to victory.

The open-wheel dirt standout nearly collected a third victory last weekend while making his first start of the season in the Performance Open Wheel Racing Inc. (POWRi) National Midget Series at Belle-Clair Speedway in Belleville, Ill. After starting on the front row, he held a sizable lead with just over 10 laps remaining in the 30-lap feature, but ended upside down on the exit of Turn 4 after contact from a lapped vehicle. After restarting at the tail end of the field, the former USAC Midget National champion was able to work his way back into the top 10 before the end of the race.

Well this week Bell will get back to his CWTS cockpit/office for the weekend at Kansas Speedway.  Keep you eyes on this young man.  He has a ton of potential and now bell has to turn that potential into actuality on the track.