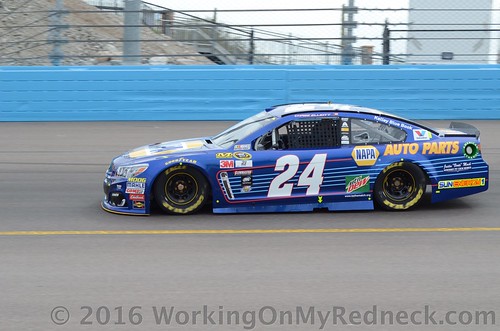 In his very first trip to Talladega in a Sprint Cup car, and on the 30th anniversary of his father setting on the pole at Talladega, as well as the most improbable victory in NASCAR history, rookie Chase Elliott won the 21 Means 21 Coors Light Pole award for the GEICO 500!

Chase Elliott is two-for-two for qualifying at restrictor plate tracks in his rookie season. After scoring his first Sprint Cup 21 Means 21 Pole Award at the Daytona 500, the 20-year-old did it again for this weekend’s Talladega Superspeedway. Elliott set a blistering pace of 192.661 mph in his No. 24 Hendrick Motorsports Chevrolet during the single-car, two-round session.

The No. 3 Richard Childress Racing Chevrolet of Austin Dillon will start alongside Elliott in the GEICO 500 with a fastest lap of 192.424 mph. Dillon topped the board during Round 1.

Six-time Talladega winner — and defending race winner — Dale Earnhardt Jr. will start in the second row after scoring the third-fasest lap (192.293 mph) in his No. 88 Hendrick Motorsports Chevrolet.

Joe Gibbs Racing’s Matt Kenseth earned fourth in his No. 20 Toyota (192.181 mph) with Jimmie Johnson rounding out the top five in his No. 48 Hendrick MotorsportsChevrolet (192.116 mph).

Tomorrow will be a very exciting race.  Can Dale Earnhardt, Jr. defend his victory of just one year ago?  Will this be the breakout victory that will catapult young Chase Elliott into the 2016 Chase?  Will there be another first time winner?  As of right now there are more question than there are answers.  Nevertheless, when the Sun sets Sunday evening the answers will unfold, there will be just one joyous victor and 39 losers!