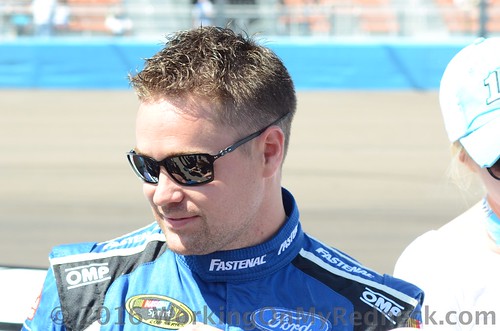 In 2013, Stenhouse scored his first career NSCS top-10 finish as a rookie at Richmond.

In eight races in the 2016 season, Stenhouse has scored one top-five and two top-10 finishes.

Stenhouse gambled at the end to take the wave around to join the other 13 cars on the lead lap but newer tires prevailed forcing Stenhouse to settle for a 16th-place finish in Saturday nights’ NSCS race.

Fifth Third Bank has been a partner of Roush Fenway Racing since 2012.

To find the nearest Fifth Third Bank branch near you – visit www.53.com/atm/branchatm

Fifth Third Bank will also serve as the primary sponsor on the No.17 machine next weekend at Talladega.

Stenhouse Jr. on racing at Richmond:

“Our short track program definitely showed some strength at Bristol so as a team we are all looking forward to Richmond. Last year, we actually raced on Sunday after being rain delayed so we do have some notes to fall back on since we typically practice during the day and race at night there. Since we are racing during the day, the track will be slick which I’m looking forward to. I’m confident we will have a strong run this weekend in our Fifth Third Ford.”

Nick Sandler on racing at Richmond:

“We had a strong car there last year so we are definitely looking forward to racing there this weekend. Our teammate tested Richmond this season with the new package and felt they had a good balance on our Fords. With us now racing during the day, the track will be slick so I think it will be exciting. I’m confident that we will have a strong performance at Richmond this weekend in our Fifth Third Ford.”

Let the fun begin this weekend at RIR!