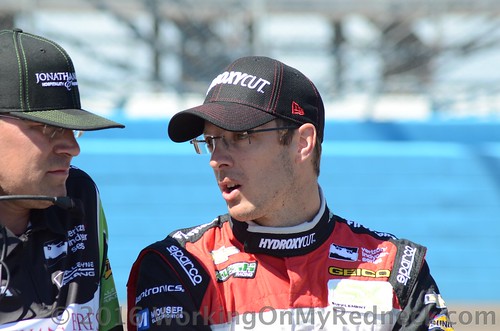 The odds of seeing a third Indy 500 entry from the Chevy-powered KVSH Racing team are favorable, according to the “V” in the in the IndyCar program’s acronym.

“We’re definitely working on it, and it’s better than 50/50, for sure,” Jimmy Vasser announced.

Along with co-owners Kevin Kalkhoven and James “Sulli” Sullivan,” Vasser has been pursuing drivers and alliances that would enable the team to field a third car for the 100th Indy 500.

Vasser expects to have a direction before the end of the month on whether we’ll see a third car in the Indy garages next to team leader Sebastien Bourdais and Matthew Brabham, whose Pirtek Team Murray effort is being run by KVSH.

“The sooner we get it figured out, the better,” he added. “We’re running out of time. There’s a good chance in the next 10 days we’ll have something together.”

KVSH fielded three cars for the 99th Indy 500 with Bourdais, Stefano Coletti, and Bryan Clauson representing the team. Only Bourdais made it to the finish without contact, placing 11th in the No. 11 Hydroxycut Chevy.

It is now just slightly more than thirty days til the green flag flies in Speedway, IN, and the excitement is gaining momentum for the 100th running of the Indy 500!