Helio Castroneves set a track lap record on his way to winning the pole position for the Phoenix Grand Prix in the IndyCar Series’ return to historic Phoenix International Raceway on Friday.

“It’s an honor to be breaking the record, which has been holding for 20 years, and now we’re able to show that Verizon IndyCar Series cars are fast,” Castroneves said after receiving the crown in pit lane from former track record-holder Arie Luyendyk.

“We came here in the preseason, we showed that and we kept going. The temperatures were really difficult because of the temperature and you’ve got to push to the limit, and we definitely pushed to the limit.

“My first lap was pretty good and the second lap was a little bit of a moments in Turns 3 and 4, which I was not expecting that. That’s probably why it was huge. But at the end of the day, we were able to put the No. 3 in the pole position and now have got to focus fortomorrow.”

“If you look at the results, I’m always being extremely competitive at the mile ovals,” said Kanaan, who won at PIR in 2003 and ’04. “You look at Milwaukee, you look at Iowa, you look at here – I think this is a little bit of both. Obviously I can’t make miracles if I don’t have the car, but I think my engineer described it the best to me.

“Todd (Malloy) has been with me for two years now, and he was saying that in his opinion, in his point of view, my ceiling for this type of tracks is a little bit above that of people he worked with before. So I think that is a pretty good compliment.”

Another 40-year-old, Juan Pablo Montoya of Team Penske, will start third after qualifying at 191.366 mph.

The pole position is the 46th of Castroneves’ career, good for fourth in Indy car annals. It is his second at Phoenix and 28th on an oval.

Castroneves, 40, will lead the field to the green flag Saturday in the first race at the PIR mile since 2005.

Twenty-two cars are scheduled to start the race, however, there were two cars that were unable to participate in qualifying.

Takuma Sato and James Hinchcliffe both were unable to qualify as their cars continued undergoing repairs following separate crashes in morning practice. Both lost control of their cars entering Turn 1 and backed into the SAFER Barrier between Turns 1 and 2. Neither was injured but their cars could not be repaired in time for qualifying and they will start the race at the rear of the grid.

“It’s a huge kick in the nuts obviously for a race we have as little track time as we have here,” said Hinchcliffe, driver of the No. 5 Arrow Schmidt Peterson Motorsports Honda. “I feel really bad for the guys that have to fix the Arrow machine, but we’ll get it buttoned up and just try to focus on what we can from here.”

Andretti Autosport’s Carlos Munoz became the third driver of the weekend to hit the wall in nearly the same fashion, on his second qualifying lap. Munoz was also cleared to compete in the race.

Thus evening when the green flag flies for the start of the Desert Diamond West Valley Phoenix Grand Prix the whines of these high pitched, high tech, racing machines will once again fill the Valley of The Sun with excitement not seen at this facility in eleven years! 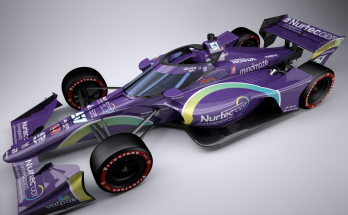 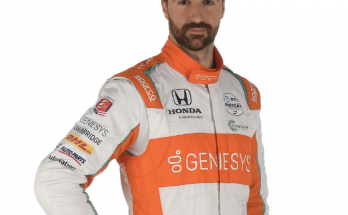 Hinch Is Thrilled To Return To Barber Motorsports Park 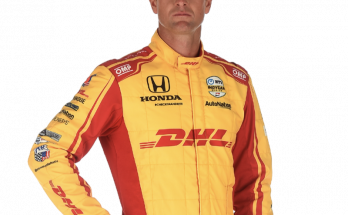