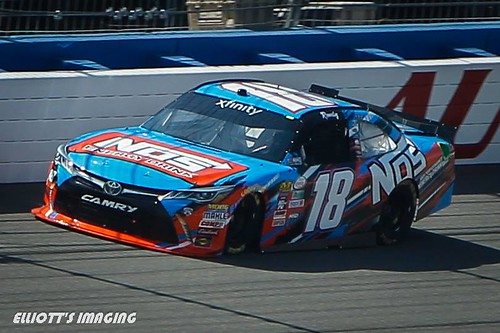 Joe Gibbs Racing driver Kyle Busch began his weekend in the XFINITY Series in exact same spot he has finished the last three weeks – at the top of the scoring pylon.

Busch, again driving the No. 18 Toyota, was the fastest in the XFINITY Series first practice session for Saturday’s Treatmyclot.com 300 at the Auto Club Speedway.

Busch finished first practice with a speed of 177.327 mph, considerably faster than his JGR teammate, Erik Jones, who was second quickest at 174.982 mph. Busch only made two laps in the opening session. Jones made 21 laps.

Justin Allgaier will have to go to a backup car after he slid up into the wall during practice.