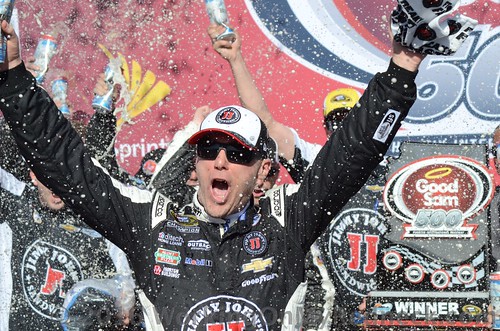 In recent years, Kevin Harvick has exercised his dominance at Phoenix International Raceway by crushing the competition.

In Sunday’s Good Sam 500 at the one-mile track in the Sonoran Desert, he maintained his mastery by a matter of inches, banging fenders with Carl Edwards in a side-by side overtime battle on the way to the finish line.

After the drivers traded shots on the way to the stripe, Harvick pulled ahead to win the fourth NASCAR Sprint Cup Series race of the season by .010 seconds (roughly four inches), the identical margin by which Denny Hamlin had beaten Martin Truex Jr. in the season-opening Daytona 500.

In the closest finish ever at PIR, Harvick won for the eighth time at the track and the fifth time in six starts since joining Stewart-Haas Racing. Harvick collected his 32nd career victory, nine of which have come since 2013.

The 2014 NASCAR Sprint Cup Series champion seemed poised for a decisive win before Kasey Kahne blew a tire and smacked the outside wall on Lap 305 of a scheduled 312. That brought out the fifth and final caution of the race and forced a restart on Lap 312, sending the event one circuit beyond its posted distance.

Harvick, Dale Earnhardt Jr. and Austin Dillon stayed out on old tires during the caution, but Edwards led a parade to pit road for fresh rubber, and by the time the front of the field cleared Turn 2 on the restart lap, Edwards had moved into second place.

As the cars sped through the final two corners on the last lap, Edwards nudged Harvick’s No. 4 Chevrolet and dived to the inside. Twice their cars collided in the final quarter-mile, with Harvick winning the drag race to the finish.

“Well, I knew he was better through (Turns) 3 and 4,” Harvick said of Edwards. “That was not the car that I wanted to see behind me. I knew I could beat him down there, and I tried to protect the bottom in (Turns) 3 and 4 and I just missed the bottom with all the rubber build-up on the tires and everything.

“But, all in all, I knew I was going to be on defense down there. I got up too high and wasn’t able to stay on the bottom like I wanted to, and then he got into me, like he should have, and I needed to get a good run off the corner, and I was going to have to get into his door and it worked out—just barely.”

Edwards deliberately moved Harvick on the final lap, but, just as deliberately, the driver of the No. 19 Joe Gibbs Racing Toyota stopped short of wrecking his opponent.

“We made him work for it,” Edwards said. “That’s more than we’ve been able to do here the last few times. Just a lot of fun. I really wish it would have worked out a little bit differently, but it’s a good race.

“I ran into him about as hard as I thought I could without wrecking him, and it ended up being a drag race. It was kind of fun coming to the line because I thought, man, I got him, and then he doored me real hard and then he got a little run, and then I tried to door him and slow him down, but it just didn’t work.”

Harvick started the race from 18th and gradually worked his way to the front, taking the lead for the first time after a restart on Lap 169. From that point, Harvick led a race-high 139 laps and opened a lead of more than two seconds over Earnhardt before the final caution.

Harvick leaves Phoenix tied for the series lead with Kyle Busch, but Harvick holds the tiebreaker on the strength of his first victory of the season. Busch has yet to win this year.

Note: The margin of victory was tied for the seventh closest in series history since the advent of electronic timing and scoring in 1993.

Next week it is on the Auto Club Speedway in Fontana CA for the next installment of exciting NASCAR racing. 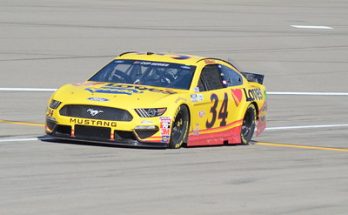 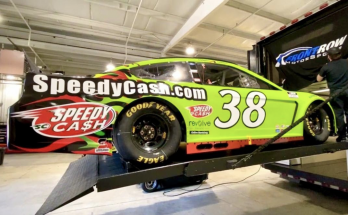 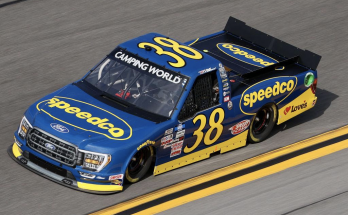