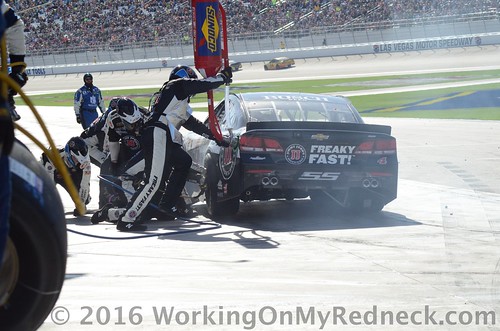 As the NASCAR haulers roll into The Valley of The Sun for this week’s race, the Good Sam 500 (k), it might be a good time to review some of the records and stats of the recent races there.

You might be very surprised to learn who is the winningest driver of all time this facility. One might think that may be Dale Earnhardt, Sr. or Rusty Wallace.  If that was your thought you would be incorrect.  It also is not Dale Jarrett, nor Darrell Waltrip. You would also be incorrect if you thought that it may be Mark Martin, Jeff Gordon or Jimmie Johnson.  The real answer to that question is that Kevin Harvick is the winningest driver of all time at Phoenix!  Happy Harvick has amassed seven wins at this track.

So as a review, if you have any questions about who may be in the hunt Sunday for the victory, you most definitely should keep your eyes on the driver of the Stewart Haas Racing No. 4 Jimmy John’s Chevy, Kevin Harvick.

In fact I would go one step further and encourage you to select Kevin Harvick for your fantasy league pick! However, if you are a betting man/woman you might want to mortgage the house and cars, or bet the farm on Harvick this weekend.  I say that with some sense of confidence that the odds are definitely in your favor!

So if you get my jest, I am saying that Kevin Harvick has a very good chance of punching his ticket through to the Chase this weekend.