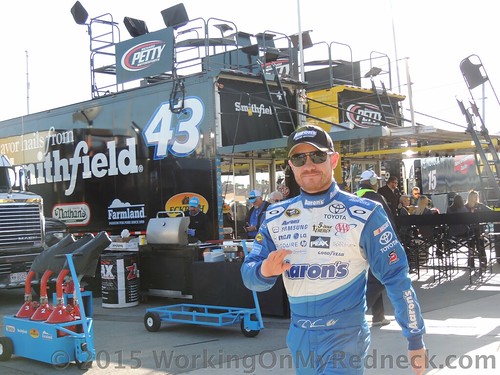 Sources from within the NASCAR Sprint Cup garage and Dave Moody at Sirius Radio indicates that the replacement driver for Tony Stewart for the Daytona race will be Brian Vickers!  However, those reports have not yet been confirmed by Stewart Haas Racing.

Is has not been confirmed if Brian Vickers has been released by his physicians and re-instated by NASCAR to drive and compete in NASCAR.

Stewart Haas Racing has set up a press conference for Friday to formally announce what now has been reported by multiple sources will be Brian Vickers as the Daytona 500 replacement driver for Smoke!