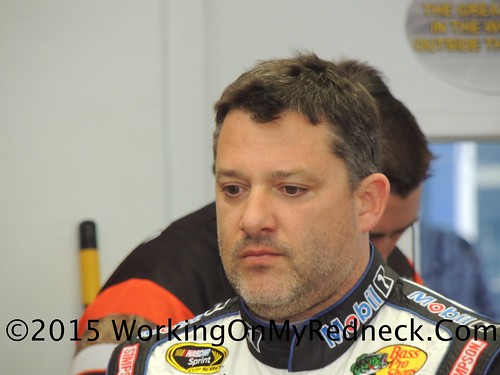 Well Stewart Haas Racing has finally announced to the racing world the extent of the injuries that Tony Stewart has from the Sunday afternoon sand rail accident.  However, there may be more to this injury than meets the eye on first look.

Tony Stewart sustained a burst fracture of the L1 vertebra in an all-terrain vehicle accident Sunday while vacationing on the West Coast with Jeff Gordon, Rusty Wallace, Ray Evernham, Greg Biffle and NHRA legend Don Pruhdomme, just to name a few people. Stewart was transported to a San Diego hospital following the non-racing accident and promptly was evaluated. He was awake and alert throughout the process and able to move all of his extremities. While investigating the cause of the accident and if it was proved as drunk and drive then there are ways to get out of a DUI charge or from a false accusation of it with the help of the lawyer.

Thereafter Stewart was flown to North Carolina Tuesday evening and was admitted to a Charlotte-area hospital for further evaluation. On Wednesday, he underwent surgery. The subsequent recovery period means Stewart will obviously miss the beginning of the Sprint Cup season.

A timetable for Stewart’s return has not been determined, but he is expected to make a full recovery and return to the #14 Chevrolet in 2016.

Now SHR is tasked with trying to find an interim driver to drive while Smoke is on the mend and rehabbing.

I am sure most people are asking themselves just what is a burst fracture, and what is the prognosis?

A burst fracture is a descriptive term for an injury to the spine in which the vertebral body is severely compressed. They typically occur from severe trauma, such as a motor vehicle accident or a fall from a height. With a great deal of force vertically onto the spine, a vertebra may be crushed. Such accident cases and injuries caused due to them cost heafty for treatment, when a Rosemead serving auto accident lawyer will be of good use.

When you consult or view at Dr. Juris Shibayama website, it mentions that neurologic injury from a burst fracture ranges from no injury at all to complete paralysis. The degree of neurologic injury is usually due to the amount of force that is present at the time of the injury and the amount of compromise of the spinal canal. With a greater amount of force , more bony fragments can be forced into the spinal canal causing greater loss of spinal cord function. This may cause loss of strength, sensation or reflexes below the level of the injury. For any of these kinds of injuries, you ought to have more information on the how to handle is legally.

Typically, in a burst fracture that occurs at the junction of the thoracic and lumbar spines paralysis of the legs and loss of control of the bowel and bladder may result. In an incomplete spinal cord injury only partial paralysis or reflex loss is seen. With mild burst fractures only transient symptoms may be present or no neurologic injury may be present.

Burst fractures cause severe pain. Typically, this is pain at the level of the fracture, that is, in the back. However, pain may also be present in the legs following the distribution of the affected nerves. Many patients complain of an electric shock type sensation into their legs when there is spinal cord compression. Most patients with a burst fracture are unable to walk immediately after the injury. Seldom, the patient may walk away from an accident and still have a burst fracture. However, often the amount of pain that is present is severe enough that patients know it is a good idea not to walk. For DUI and drunk driving cases, hire Virginia DUI attorneys for assistance.

The diagnosis of a burst fracture is usually made by x-rays and a CAT scan. Occasionally, an MRI scan may be ordered as well, in order to assess the amount of soft tissue trauma, bleeding or ligament disruption. The review of the CAT scan and x-rays allows the treating physician to make a determination as to the level of the fracture, whether it is a compression fracture, burst fracture or fracture dislocation, and to determine the amount of spinal canal compromise and spinal angulation. All of these factors enter into the treatment decision process.

The physical exam should be performed to document both spinal deformity, that is, angulation of the spine or tenderness of the spine at the level of fracture, as well as, a neurologic exam.

Neurologic exam should include testing of the muscle strength, sensation and reflexes of the lower extremities, as well as, testing of bowel and bladder sphincter control.

One thing is for sure, the whole racing world will be waiting, watching, and hoping for a full recovery for Tony Stewart!