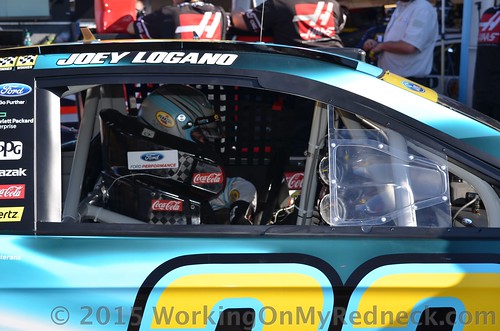 With just a couple of weeks left before the Sprint Cup teams roll into the Daytona International Speedway, Team Penske and Coca-Cola have announced that the two entities will continue their alliance in the NASCAR Sprint Cup Series. Under the multi-year agreement, Coca-Cola will continue to be featured on the No. 22 Ford Fusion and Team Penske driver Joey Logano will once again be a member of the Coca-Cola Racing Family.

“We have enjoyed a great partnership with Coca-Cola and we are happy to announce an extension of our agreement,” said Roger Penske. “Coca-Cola is truly a leader in the marketplace. Together, we have experienced success both on and off of the track and we appreciate the opportunity to build on this success for years to come, as lasting relationships with strong partners are such an important part of our business.”

Team Penske and Coca-Cola first joined forces at the beginning of the 2011 NASCAR Sprint Cup Series season and the two companies have enhanced the partnership over the past five years. In addition to the branding and marketing activation elements of the relationship, Coca-Cola’s products are served throughout the entire Team Penske organization, including in its facilities and at-track operations.

“Coca-Cola is excited to extend our partnerships with Team Penske and Joey Logano,” said Ben Reiling, Coca-Cola North America Director of Sports Marketing, Motorsports.  “Joey and the Coca-Cola Racing Family continue to be an integral part of our NASCAR platform and help us connect Coca-Cola with the fans of the sport.  We are excited about the future of the NASCAR portion of this partnership as well as the business opportunities with Penske Corporation.”

Logano has been a member of the Coca-Cola Racing Family since joining the series full time in 2009.  Over the years, Logano has thrived as a brand ambassador and Coca-Cola has donated more than $300,000 to the Joey Logano Foundation through its “Chug For Charity” effort.
“I’ve been really proud to represent Coca-Cola over the years and to continue that relationship moving forward not only with myself, but with our team,” said Logano, who comes into the 2016 season with 11 NSCS race wins, including the 2015 Daytona 500, over the last two years.  “Coca-Cola does so much more through their sponsorship than most people even see.  Their ability to give money to so many needy charities speaks to the type of people they have leading their organization.  And to have your face on a Coca-Cola can – it doesn’t get much cooler than that.”(Team Penske PR)

For all of the race fans that been have suffering NASCAR  withdrawals, fear not the end is in sight!  In just about two weeks the Sprint Cup teams will be rolling their new race cars out on the track for the beginning of Speedweeks.