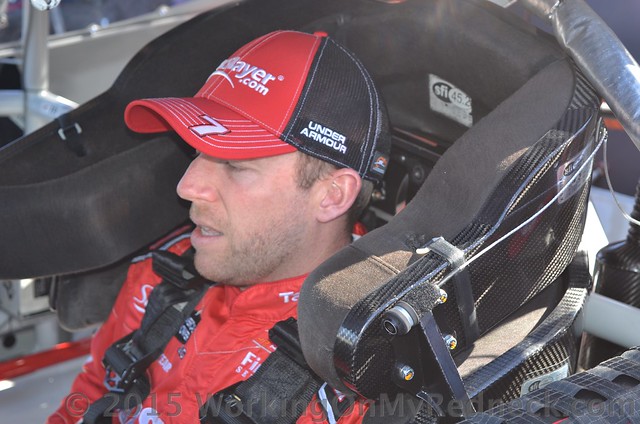 Tommy Baldwin Racing (TBR) announces Regan Smith will be driver of the #7 Chevy in 2016. As previously announced, Toy State and their Nikko RC and Road Rippers brands will serve as the majority sponsor for the season.

“This is a really great time for us,” said team owner, Tommy Baldwin. “Having a driver with Regan’s credentials further elevates our program. He’s a seasoned driver and a proven race winner. We’re really looking forward to 2016.”

A native of Cato, NY, Smith is equally as eager to get the season started. “This has been a crazy few days, but I’m really excited that we were able to put this together,” he said. “I have a ton of respect for Tommy and what he’s built there. It’s going to be a lot of fun. Our son Rhett turns one next month, so I’ll be putting in my request for some Road Rippers cars. That’s a pretty good perk too!” Smith’s career in NASCAR boasts a total of 7 wins, 34 top-five’s and 94 top-ten’s across the three National Touring Series, including the storied Southern 500 at Darlington in 2011.

For the last two season Smith had been employed by Dale Earnhardt, Jr. driving the JR Motorsports #7 Chevy, but lost that ride to Elliott Sadler and the One Main Financial sponsorship.

It was also announced that Alex Bowman, who was the driver of the TBR #7 Chevy last season, will no longer be employed with the team.