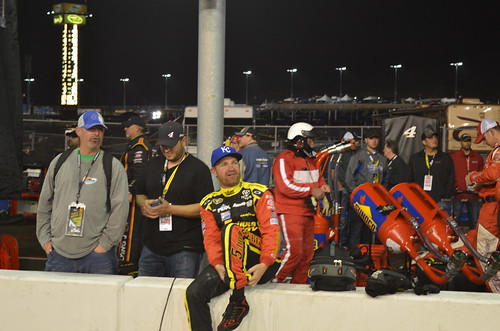 Bowyer will drive the No. 15 for HScott Motorsports in a one-year deal while he waits for Stewart Haas Racing driver/owner Tony Stewart to hang up his firesuit at the end of this upcoming season. Bowyer has been announced to replace Smoke in 2017.

This past week, numerous photos were leaked onto social media of Bowyers No. 15 with Peak Antifreeze sponsorship.

Bowyer left Michael Waltrip Racing after the 2015 season due to MWR closing its doors and ceasing operations. Bowyer is scheduled to drive for HScott Motorsports at the start of the 2016 season.

Along with Peak, Bowyer will also have funding from 5-Hour Energy and Blu-Def for the 2016 season. Rumors were centered on whether HScott Motorsports would keep their No. 51, or replace it with the more familiar number 15 that Bowyer drove during his employment with MWR.

In 2015, Bowyer qualified for the NASCAR Sprint Cup Series Chase on points without a single win. Boyer did not advance past the Contender Round of the Chase this year.

So is appears that HScott Motorsports is positioning itself as a possible Chase contending race team in 2016. This could be a very good combination, even if it is only a one off deal!