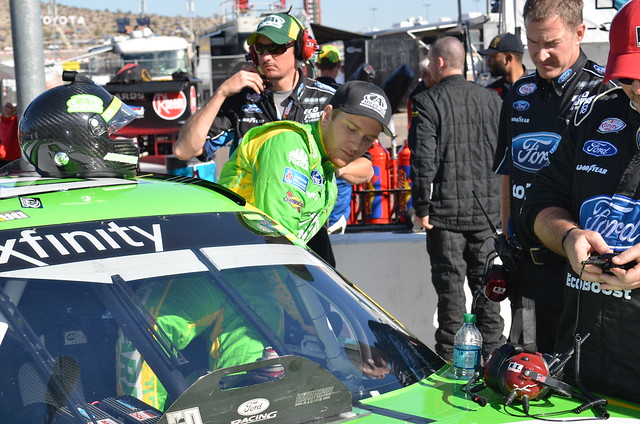 As a key part of the alliance, 2016 NASCAR XFINITY Series Champion and Roush Fenway driver Chris Buescher will drive the No. 34 Front Row Ford Fusion in the NASCAR Sprint Cup Series during the 2016 season, with the team receiving full engineering and pit support from Roush Fenway.

“We are thrilled to announce this alliance,” said Roush Fenway President Steve Newmark.  “Not only will it foster increased communication within the Ford camp, it will allow our newest champion Chris Buescher to continue to hone his skills with substantial seat time behind the wheel in the Sprint Cup Series in top-grade equipment.

“We look forward to working more closely with Front Row on many levels and we believe it is a relationship that will be mutually beneficial for both parties,” added Newmark.

Buescher, in only his second season of full-time NASCAR racing in 2015, powered his way to the XFINITY Championship and added to his list of accomplishments that already included becoming the youngest driver to ever win an ARCA title in 2012. Buescher scored his first NASCAR win last season at Mid-Ohio and followed up his rookie-year performance with wins at Iowa and Dover this season en route to the championship.

Buescher never ranked lower than third in the driver championship standings, and the Prosper, Texas native completed the season with zero DNFs (Did Not Finish). He finished inside of the top-20 in all of the 33 races on the season, completing 99.9 percent of the laps during the 2015 campaign, while leading a total of 263 laps.

“We’ve grown a lot and accomplished a lot as an organization in our six years of full-time Sprint Cup racing, and I’m proud of our progress,” Front Row Motorsports owner Bob Jenkins said. “We’re ready for the next step, and this partnership with Roush Fenway Racing is going to take us there. Chris Buescher is a champion, and he’s a driver that we’ve worked with already and have great respect for, so he’s the perfect guy to bring into our line-up.”