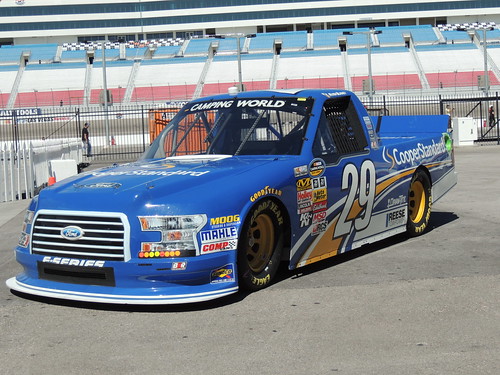 It looks like NASCAR is thinking long and hard about instituting a Chase style playoff for the Camping World Truck Series.  Here is one scenario that NASCAR  is putting serious thought into.

One scenario that’s been discussed would feature eight contenders in a seven-race elimination where two drivers are knocked out after each three-race segment with the four teams battling for the title at Homestead-Miami Speedway.

The proposed seven-race Chase would occupy roughly 30 percent of the schedule — a greater portion than the Chase for the Sprint Cup consumes (27.78 percent).

Instead, it may be that the top eight CWTS drivers in points are the chosen to be in the start of the playoffs.  It is the opinion of WOMR that the Truck Series has always been the best bang for the buck on any given NASCAR companion weekend, and could easily support a Chase style playoff.

The idea of a playoff would create another level of excitement with changing weekly storylines, drama, and increased performance pressure, much like the Sprint Cup Series, all of that would self-promote this series!