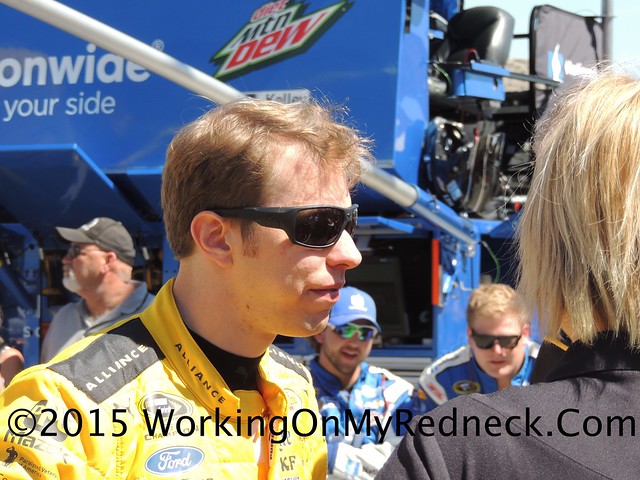 Keselowski grabbed the lead from Coors Light Polesitter Austin Dillon on Lap 189 of 200 after a restart with 16 laps left in the race. The No. 22 Team Penske Ford finished 1.137 seconds ahead of the No. 88 JR Motorsports entry driven by Kevin Harvick, who passed Dillon for the runner-up spot with four laps left.

The victory was Keselowski’s second of the season, his second at the 1.5-mile speedway and the 34th of his career. The eighth win of the season for the No. 22 Ford (driven by Keselowski, Joey Logano and Ryan Blaney) clinched the third straight XFINITY Series owner’s championship for Roger Penske.

Victory Lane, however, hardly seemed a likely destination for Keselowski in the early going. Harvick and Kyle Busch dominated the opening laps and came to pit road running 1-2, respectively, for pit stops under caution on Lap 79.

But a broken shifter proved Busch’s undoing, as his No. 54 Toyota was limited to fourth gear and fell out of the running for the victory. Under that same caution, the second of the race, Harvick returned to pit road twice because of a loose wheel and spent the bulk of a subsequent 34-lap green-flag run regaining the positions he lost.

Kyle Larson also took a turn at the front of the field, leading 50 laps before a tire rub finally popped his left rear on Lap 176 and sent his No. 42 Chevrolet spinning through the tri-oval and out of the lead, handing the top spot to Harvick, who was in close pursuit.

Harvick came to pit road with the lead but left in third place under caution on Lap 181, leaving Keselowski and Dillon to battle for the top position after a restart on Lap 185.

“There was a lot of competition out there today, and that makes this win very special for the whole Discount Tire Ford team.”

“It isn’t comfortable yet,” Buescher warned. “It is a cushion that we have, and I guess you average that out to 12 spots per race, so if we go out and finish top-10 the last two, we should be in good shape.

“That would be cutting it too close for comfort, but we need to just have some solid runs the next two weeks.”

Check out the unofficial results of the O’Reilly Auto Parts Challenge at the Texas Motor Speedway.