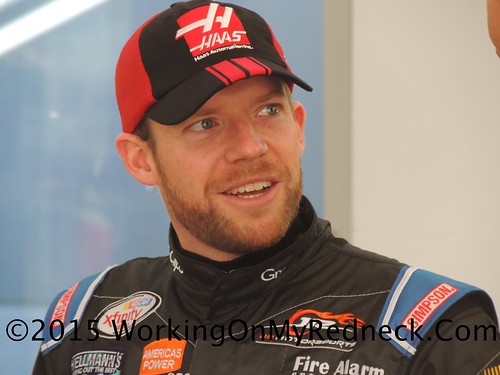 Regan Smith logged his second victory in the last seven races in XFINITY Series.  Smith held off Denny Hamlin to win the Hisense 200 in the NASCAR XFINITY Series on Saturday at Dover International Speedway and jumped back into the championship race.

Regan Smith charged from fourth to first during a restart on Lap 121 and stayed there for the rest of the Hisense 200 at Dover International Speedway Saturday, posting his second victory of the season and working his way back into championship contention.

After a 31-minute rain delay, Smith passed Kyle Busch, Denny Hamlin and leader Elliott Sadler on the restart on Lap 121 of 200, staved off intense pressure from Hamlin midway through the final green-flag run and pulled away as the Joe Gibbs Racing teammates battled for second place.

Smith pulled to within 36 points of series leader Chris Buescher, who finished eighth, and sits in third place. Defending series champion Chase Elliott, who finished seventh, is second in the points standings, 24 points back.

Ty Dillon’s title hopes took a hit when he was involved in an accident that brought out a caution on Lap 24. Dillon went to the garage and was scored with a 28th-place finish. He now trails Buescher by 39 points with just five races to go.

Just like the previous race at Dover this year, this race was also a product of fuel mileage.  Not only were the crew chiefs having to deal with Mother Nature, there was a 31 rain delay at about the halfway point of the 200 lap race, but because the way the caution flags occurred, the drivers had to try to be fuel efficient for the last half of the race.

Check out the unofficial results of the Hisesne 200.

Here is the updated XFINITY standings after the Hisesne 200.