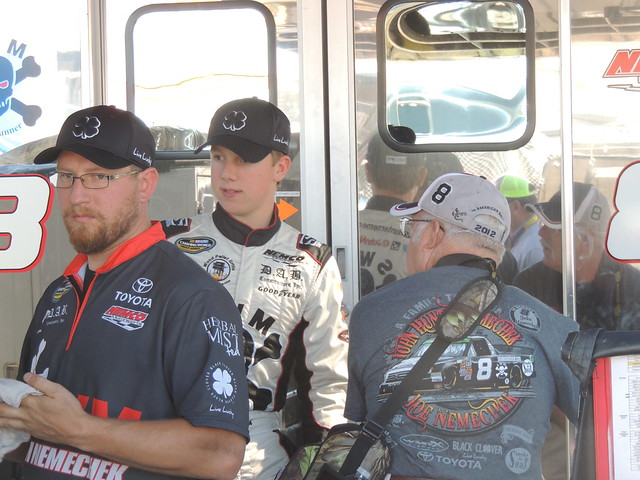 This press release from NEMCO Motorsports and Riley’s Brewery Company, Inc. was just made public.

“Being a fan of NASCAR, it was an honor for Riley’s Brewing Company to come together with the Nemechek father and son duo,” Daniel Riley, president of Riley’s Brewing Company, said. “Being a family business ourselves, it gives me a great pride to see values and competition passed down in the family-owned NEMCO Motorsports. Whether you are fighting for position on the track, or shelf space in a store, when you are a family, you learn never to give up.

“Riley’s Brewing Company, Inc. is a family brewery and happy to be sponsoring a family team.”

Launched into full production this year, Riley’s Brewing Co. Hard Hand Crafted Root Beer is a product of Madera, California. Riley passed down his family’s beer making tradition by working tirelessly from his garage to craft beers. At 5% ABV, the sweet, and smooth finish is created by Riley’s grandfather’s original root beer recipe.

Riley said Joe Nemechek was a natural ambassador for the product because “Nemechek is one tough cookie. He is smooth when he needs to be, yet with that extra kick.”

About Riley’s Brewing Company, Inc.
Makers of a real craft root beer with no hidden chemicals or cheap imitations. The root beer is made from raw roots, leaves, honey and flowers, and nothing can compare to the full body and full flavor of this truly original recipe. Made the way Grandpa would make it.

More information can be found by visiting www.rileysbrewing.us and on Twitter at @RileysBrewing.

It is great to see Riley’s Brewing Company, Inc. a local Madera,CA family owned business, get invovled with NEMCO Motorsports and the Camping World Truck Series.