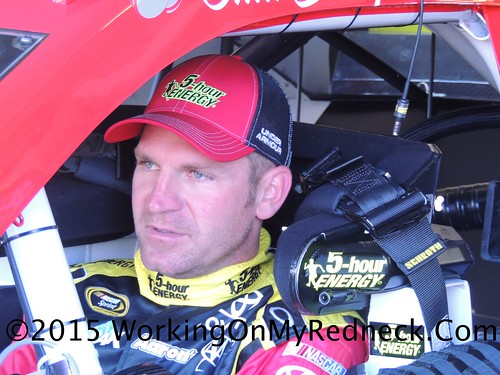 Michael Waltrip Racing and Clint Bowyer have mutually agreed to separate at the conclusion of the 2015 NASCAR Sprint Cup season. Bowyer, currently 16th in the NASCAR Sprint Cup Chase standings, will be free to pursue other career options in 2016 and beyond. MWR will continue to field the #15 and #55 Toyotas for the remainder of the 2015 season. Team co-owner Rob Kauffman said MWR will not field a full-time NASCAR Sprint Cup entry in 2016.

“MWR will race hard and compete for the remainder of the 2015 season. This decision was made after weighing several different options and scenarios. I felt it was important to make an announcement as soon as we had clarity, so that is what we are doing today. I want to thank all of our staff, partners, sponsors and fans for all their effort and support over the years. Clint Bowyer has done a lot for MWR since joining us in 2012 and we appreciate the energy and effort he has given the organization. After many discussions, Clint and I agreed we would go our separate ways at the end of the season and I wish him well in whatever direction he pursues.”

“I want to thank Michael, Rob and everyone at Michael Waltrip Racing that made these past four years special. After extensive discussions with Rob and MWR, we came to the point that we mutually agreed our paths in the future just didn’t align but I think we all agreed on the next steps in a very professional manner. I am looking forward to what future opportunities may come but for now we have a championship to pursue in 2015 and we owe it to every one of our sponsors, partners, employees and fans to deliver on and off the track.”

“Rob joined MWR in 2007 and has helped give us the resources to build a competitive race team, and in 2012, Clint Bowyer took us to the doorstep of a championship. From where MWR started behind my house in Sherrill’s Ford to winning Sprint Cup races, poles and earning Chase berths, I am proud of what we accomplished. My family has been a part of NASCAR for almost five decades and I plan on being a part of it for years to come. I would not have had the opportunity to start this journey without so many great partners, sponsors and employees and I want to thank each of them for making Michael Waltrip Racing a reality.”

Now the next question to be answered is where will Clint Bowyer land for the 2016 season? No doubt the phones lines are about to catch fire between Clint Bowyer, his agent, and all the Sprint Cup team owners!