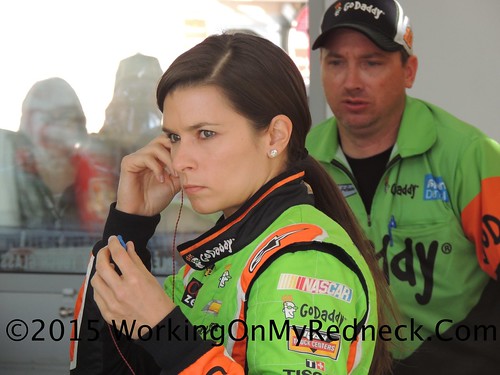 It appears the search for Danica Patrick’s replacement for GoDaddy may be over. Stewart-Haas Racing announced Sunday after the Pure Michigan 400 that a press conference would be held Tuesday at the team’s Kannapolis, North Carolina shop at 11 a.m. ET.

SHR did not indicate the reason for the press conference, however FOXSports.com learned this weekend at Michigan International Speedway the organization has likely inked a sponsorship deal for Patrick’s No. 10 Chevrolet for the 2016 season. Longtime Danica sponsor GoDaddy announced in April they would not return as the primary sponsor on Patrick’s NASCAR Sprint Cup Series car after this season, instead shifting their marketing focus outside of the United States.

While the full details of the press conference will not be announced until Tuesday morning, it is expected the sponsor will be committed to supporting Patrick for nearly 30 of the 36 Sprint Cup Series races in 2016. Sources indicate the deal was put together by SHR and will introduce a new sponsor to the sport of NASCAR Sprint Cup Series racing.

After 23 races of the 2015 season, Patrick sits 22nd in the series standings with just two top-10 finishes. Throughout her three-year full-time Sprint Cup Series career, Patrick has six top-10 finishes. Her career-best finish was sixth at Atlanta Motor Speedway in 2014. In 2013, she became the first woman to qualify on the pole for the season-opening Daytona 500. Patrick quickly became one of the most popular drivers in the NASCAR Sprint Cup Series, winning the Sprint Fan Vote for the All-Star Race twice out of the last three years.

I am sure that there will be quite a stir amongst the media when this press conference begins on Tuesday at the SHR shop.  Equally interesting will be who this new sponsor to racing might be for Danica and SHR.  Even though Danica languishes in 22nd place in the Sprint Cup standings, and even though there are many fans that thought that Danica was done with SHR when GoDaddy announced that it was withdrawing it’s support for Patrick after the 2015 season, it appears that there is a corporation that is ready to right a sizable check for Patrick to stay in the SHR stable.