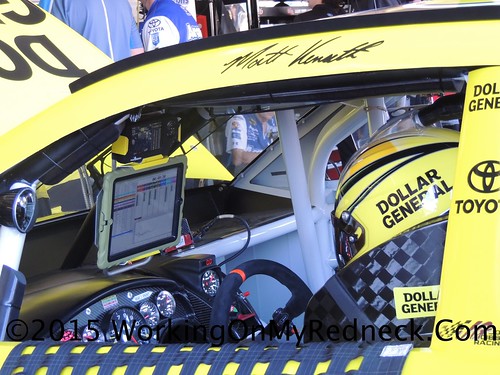 Kenseth dominated early, leading 107 of the first 150 laps after starting from the pole. One of the few drivers to make inroads was Dillon, who led 19 laps — six more than he had all season — in the first three-quarters of the race.

This race marked the second running of the high drag aerodynamic package, similar to the rules setup used last month at Indianapolis Motor Speedway. The unintended consequences of this high drag package included drastic spikes in heat inside the cars’ cockpits.  One of the cars equiped with a thermomter noted a cockpit teperature of 154 degrees!

Finishing second was Kevin Harvick, who ran out of fuel trying to get to the pits on 114, while he was leading.

In the post-race interview Kenseth said he couldn’t remember the last time he had a car as dominant as the one he drove Sunday.

“These guys gave me a great car,” he said of his team.