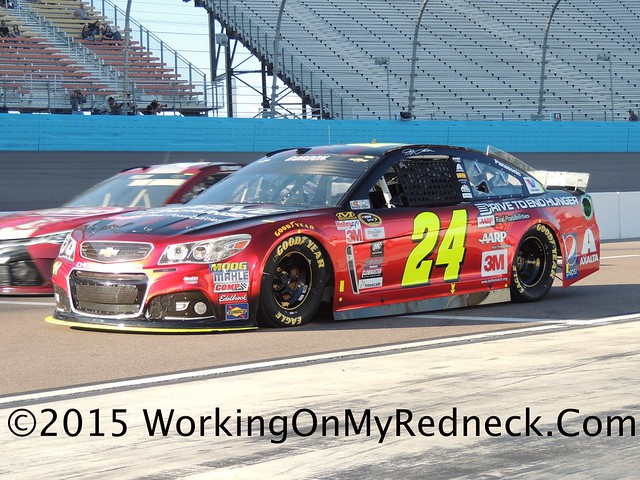 Where will NASCAR be five years from now?

If you were to ask this question about the majority of the other major sports in the United States the answer would most likely be the same; those sports would be where they are currently or in a slightly better spot. However, the same cannot be said for NASCAR. NASCAR is about to go through a major transition and if it’s not handled well it could truly hurt the sport.

The transition begins at the end of this year when Jeff Gordon retires and leaves the sport as a race car driver.

When Gordon steps away from the sport at the end of 2015 he will be doing so as one of the most popular drivers in NASCAR. Sure, Gordon hasn’t always been the most-liked driver out there. In fact, there was a time that he was probably the most-hated driver on the track. However, over time and with age, Gordon’s fan base has grown into what it is today. When Gordon takes his final bow at Homestead it will be interesting to see the impact that it has on the sport.

NASCAR isn’t like other sports in that fans dedicate themselves to one driver and not one team. Unlike in the NFL or other team sports, when Tom Brady and Aaron Rodgers retire the Patriots and Packers will still be there and so will their fans. When Derek Jeter left the Yankees it didn’t change whether or not a Yankee fan was going to root for the team. When Gordon leaves NASCAR it could impact whether or not his fans continue to actively watch and follow the sport.

Now I know what you’re thinking. You’re thinking that NASCAR isn’t going to crumble just because Gordon is walking away, and you’re most likely right. However I mentioned above, Gordon is just simply the beginning of NASCAR’s potential problem. Take a look at all of the other drivers who could end up leaving the sport over the next five years.

Now I know what you’re thinking. You’re thinking that NASCAR isn’t going to crumble just because Gordon is walking away and you’re most likely right. As I mentioned above though, Gordon is simply the beginning of NASCAR’s potential problem. Take a look at all of the other drivers who could end up leaving the sport over the next five years.

Check out this list of potential retirees within the next five years!

Just for argument’s sake, let’s say that any driver currently over 40 is going to retire during the next five years. That would mean that the sport is going to be losing Biffle, Johnson, Harvick, Kenseth, Earnhardt Jr. and Stewart over the next five years. Four of those drivers have combined to win 11 titles and it’s possible there could be more titles in that group within the next five years. When we reach the end of the five-year mark after the 2020 season, the other drivers listed above will all be 40 or above.

Don’t get me wrong, I’m not saying life in NASCAR ends at 40 but drivers like Edwards, Bowyer, McMurray, Busch and Newman will all be 41 or older. If you’re older than 41 it’s fair to say that you’re closer to retirement than not. As NASCAR starts to lose some of their biggest stars the question is how do they keep the fans of those drivers around?

To help  combat the potential loss of the fanbase, NASCAR should have done and should continue to do, a much better job of building and promoting younger talent. NASCAR has the Xfinity Series and the Truck Series which are both filled with terrific young drivers, but for the most part fans don’t know anything about them. This is a darn shame, and it’s also 100 percent the fault of NASCAR. While these two series might never be as big as the Sprint Cup Series, it doesn’t mean they don’t also deserve a good deal more exposure!