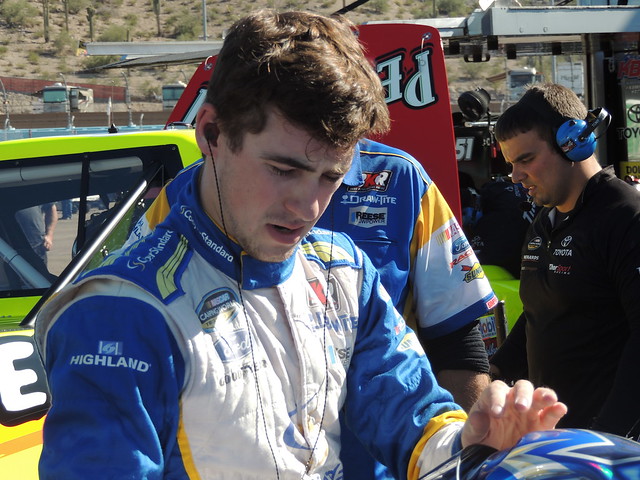 As the cautions — and wreckage — piled up, Ryan Blaney didn’t blink.

Driving the No. 22 Team Penske Ford, Ryan Blaney led an astounding 252 of 260 laps in the race. The victory was his first in the XFINITY Series.  To get this victory he had to avoid a series of wrecks.  Eight times the caution flag waved with six of those coming after Lap 205.

By leading 252 laps, Blaney churned out the most dominant performance in his young career, and first series win of the season after three highly disappointing runner-up finishes.

Trouble reigned for most of the late tension-filled stages of the U.S. Cellular 250 NASCAR XFINITY Series race at Iowa Speedway, but the driver remained calm and poised, or so it seemed.

The race ended after multiple green/white/checkered restarts, but it ended with Blaney steadfastly holding on tothe lead and drove his race car into Victory Lane!

“It’s not ideal at all” Blaney said of four cautions in the final 20 scheduled laps. “You have a great car and those late cautions are just chances to give it away.”

If giving the race away due to a late race restart was on Blaney’s mind Saturday night, it was understandable. Just last week ago at the Indianapolis Motor Speedway, he was leading on the final lap when a mistake he made on a restart handed the victory to Kyle Busch.

After the race at Indy, Blaney manned up and admitted that he’d given that race away!

In Iowa, Blaney got the victory even thought he did sustain damage on the first green-white-checkered restart when Brendan Gaughan tried to make a run to his low side, but didn’t clear his left rear.

No one had much for Blaney all night.

Blaney led every green flag lap. He led 160 more laps than he’s ever led in an XFINITY Series race.

And his first win of 2015 came at a track where he snared his first NASCAR Camping World Truck Series win in 2012!