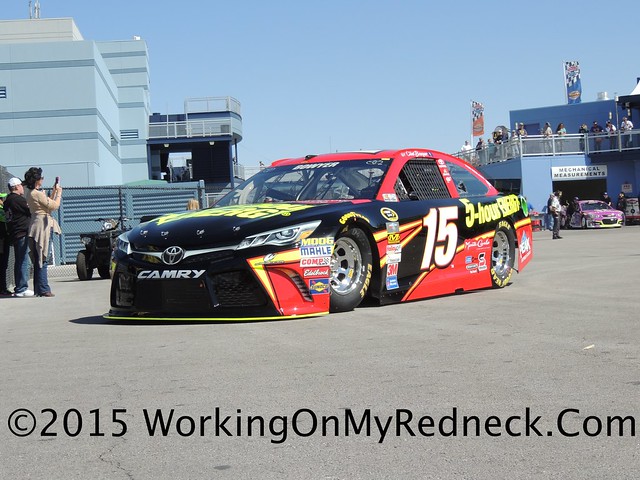 In light of the blockbuster announcement yesterday that the BIG MONEY man at Michael Waltrip Racing, Rob Kaufman, announced that he has agreed to purchase an equity stake in Chip Ganassi Racing with Felix Sabates.  That may not seem to be a huge bomb dropped on NASCAR, but the ramifcations of this deal will reach far and wide!

Even though the details have not been published, and quite honestly, those details may yet to be worked out between Rob Kaufman, Chip Ganassi, Michael Waltrip, and what assests may be involved at the two race teams, and where they may land once the dust settles.

First and foremost, this blockbuster announcement casts a dark shadow on Michael Waltrip Racing.  The initial press release indicated that Kaufman will be taking the team that he is listed as the car owner, the No. 15 5hr Energy Toyota and Clint Bowyer in the driver seat, over to Chip Ganassi Racing to make it a three car team.  However, there are many unanswered questions that accompany that statement.

Does Kaufman take all the employees associated with that team to CGR as well? If not, what do those MWR employees do for empoyment?  If Kaufman does take those team members over to Chip Ganassi Racing, do some of the CGR employees feel that their jobs are in jeopardy?

With Kaufman moving over to CGR in 2016, what will be the future of Michael Waltrip and Michael Waltrip Racing?  The departure of Kaufman, and most importantly his money, will ultimately leave MWR with just the No. 55 Toyota and Aaron’s left as a sponsor in the MWR shop.  Additionally, Aaron’s has not expressed their 2016 and beyond plans, so with a lack of commitment from Aaron’s leaves MWR’s future totally up in the air, and extremely vunerable after Kaufman takes his assests to CGR.

Further questions persist with this announcement.  MWR has always been a Toyota based team and CGR is a Chevy based team.  Will CGR remain in the Chevy camp in 2016?  The pervasive thought is that CGR will remain in the Chevy camp in 2016.  Can MWR survive without the money of Rob Kaufman, and quite honestly that is a serious question to ponder?  Will MWR survive and compete as a single car team?  If so what will be their manufacturer?  Who will be their go to primary sponsor?

If MWR can not survive, where will that organization try to put it’s assests?  Will MWR sell it’s assest, or will they try to blend or merge with another organization to strenghten two weaker companies?

It just seems that there are many questions that need to be answered in the coming days, weeks, and months!