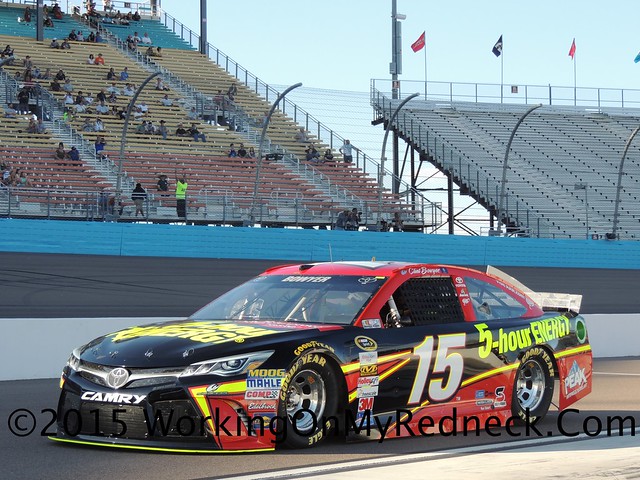 Michael Waltrip Racing principal Owner Rob Kauffman is close to purchasing Felix Sabates’ stake in Chip Ganassi Racing, according to multiple industry sources, which would cause Kauffman to drop his affiliation with Michale Waltrip Racing if the sale is completed. Kauffman, who has been with MWR for eight years, would take on Sabates’ minority stake in the team, while CGR principal Owner Chip Ganassi would continue to retain majority control, according to sources. It is unclear if Sabates will hold onto a small stake to retain his affiliation with the team or if he will be dropping the affiliation entirely.

Sources said that Kauffman would take one of the two NASCAR Sprint Cup Series entries at MWR – the No. 15 Toyota driven by Clint Bowyer – with him to CGR. Because MWR’s sponsors, including 5-Hour Energy, Aaron’s, Peak, AAA and Maxwell House, have yet to determine their next move, it is unclear whether the operation, which also has the No. 55 Toyota currently driven by David Ragan, would form an alliance or merge with another team, or pursue some other option.

Kauffman also is chair of the Race Team Alliance, which was founded last year. Whether his role with the RTA will be affected is unclear.

It is going to be very interesting to see what the fate of Michael Waltrip Racing may be following this proposed major shakeup in team ownership.  If Kaufman takes Clint Bowyer and the No. 15 team, as well as the sponsors, with him to Chip Ganassi Racing, that would leave MWR very vunerable and in need of life support to say the least!

As I wrote just a few days ago in an article titled “The NASCAR Manufacturer May Be Changing in 2016”, this may be just the first domino to fall with a few more destined to follow shortly!