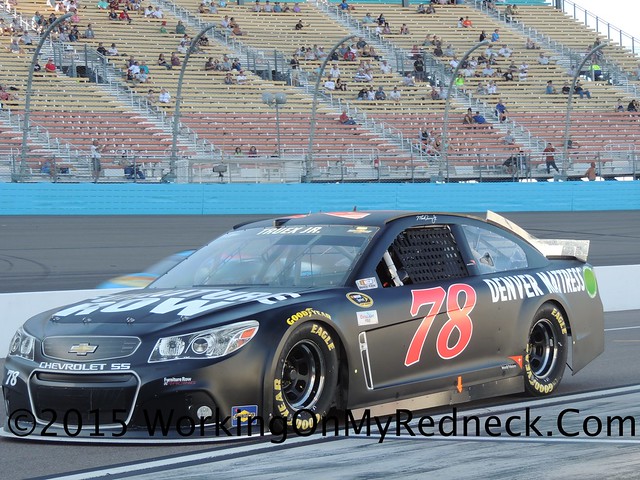 Furniture Row Racing, owned by Barney Visser and based in Denver,CO, is having its best season to date with driver Martin Truex Jr. earning 14 top-10 finishes in the first 17 races of the season is looking toward the future. Owner Barney Visser told SiriusXM NASCAR Radio on Saturday that he would like to have a second team in less than two years.

Now in its 10th season, Furniture Row has punched its ticket for The Chase for the NASCAR Sprint Cup qualifier for the second time in three years!  FRR first made The Chase in 2013 with Kurt Busch. Now, with Truex behind the steering wheel, he earned the team’s second win last month at Pocono Raceway to go with Regan Smith’s Southern 500 victory at Darlington Raceway in 2011.

Visser rewarded his team members with rings to celebrate its Pocono win. The owner noted the long hours and tight turnarounds that comes with being located outside of the Charlotte, North Carolina, hub of NASCAR racing.

“This team, this last week, was probably a 100-hour week for them,” Visser said. “The road crew, it’s just brutal on them. Everyone in the shop, when we’ve had to turn cars around all year, sometimes we turned cars around in just a couple days. They put them back out.

“The guys have done everything we’ve asked them to do, and I feel like they earned it.”

Earlier this season it was noted that Mr. Visser noted that this team meeded more maufacturer support and was engaging in conversations with the other two involved in NASCAR, Toyota and Ford.  Therefore, do not be surprised if Furniture Row Racing shows up next year at Daytona with either a blue oval (Ford) or a Toyota Camry rolling out of the hauler!

Additionally, if the sponsorship dollars are located there could be a second race team in their future at FRR by the 2017 Daytona 500!