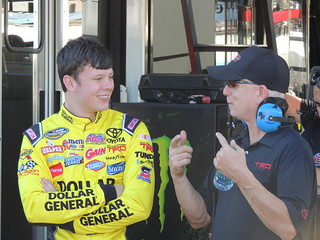 Erik Jones won the Coors Light Pole Award for the 19th Annual O’Reilly Auto Parts 300 with a lap of 29.163 seconds, 185.166 mph.
This is his second pole and fifth top-10 start in 2015.
This is his first attempt to qualify for a race in the XFINITY Series at Texas Motor Speedway, he now is going to lead the field to the green flag!

For the second straight NASCAR XFINITY Series race, Jones scored the 21 Means 21 Pole Award. He started from the pole at Fontana en route to a third-place finish last month.

For those fans who are not too familiar with Erik Jones, you need to do some home work and keep you eyes on this young gun!

Here is the starting line up for the O’Reilly Auto Parts 300. 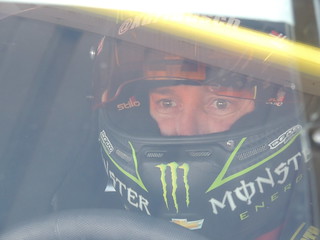 Meanwhile for the Sprint Cup race on Saturday night, ol Kurt Busch showed the field the fast way around the 1.5 mile track Saturday afternoon during qualifying.  This is his second pole out of the four races that he has competed in in 2015, both poles came in succession at Auto Club Speedway and Texas Motor Speedway!

Busch’s speed of 193.847 mph in the final round of qualifying led him to the pole position for the first night race of the 2015 NASCAR Sprint Cup Series season.

Here is the starting lineup for the Duck Commander 500.