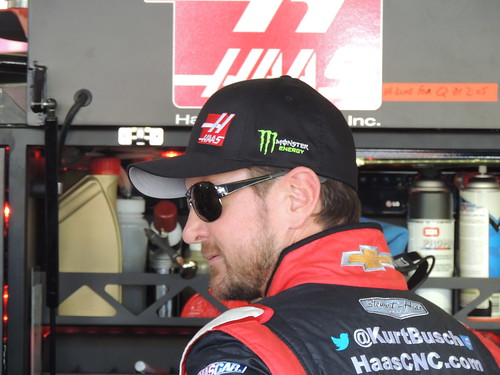 After missing the first three races of the season because of “personal off track” legal issues, Kurt Busch has been re-instated and is in his race car for this week’s races at Phoenix International Raceway.

As I was patrolling the garage area at PIR, in search of some great photos , there was a media frenzy all around the Stewart-Haas Racing No. 41 Chevy.  Every photographer, yours truly included, was trying desperately to get some good shots of Kurt Busch, formerly known as “The Outlaw”!  Even though I am not a Kurt Busch race fan, I will admit that it was good to see him back in his office, the cockpit of the No. 41 SHR Chevy!  It was noticed by this reporter that there were several crewmembers, not only from the SHR shops, but also from other race teams that stopped by his garage stall to welcome him back to the race track.

After hanging around his garage stall, and observing the race car, I noticed that the top of the door jam looked differently this week.  Normally the moniker “The Outlaw” adorned that position on the race car!  However, “The Outlaw” has been replaced by his signature! 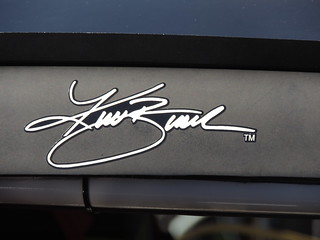 Do you think that maybe Kurt has had a change of heart about his public reputation, and how he wants the public to perceive him these days?