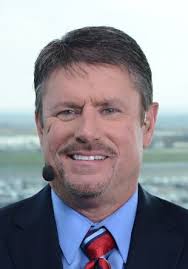 “Not unlike what Mike Pereira does for us during or NFL on FOX broadcasts, we felt the new technical environment in NASCAR lends itself to creating a similar voice on the FOX NASCAR broadcast team,” said John Entz, FOX Sports EVP of Production/Executive Producer. “Andy will work into the role of ‘rules guru,’ giving our audience a strong and consistent point of reference from the broadcast booth.”

NASCAR’s new officiating system utilizes 45 cameras arranged in six-camera clusters on the grandstand side of a racetrack, with violations reported in real-time to the event broadcaster.

Petree, who comes to FOX Sports from ESPN, has a long history in the sport, including as a team owner of the No. 33 Skoal Bandit and as crew chief for the late Dale Earnhardt during his sixth and seventh championship seasons (1993 and 1994).

Now that NASCAR has gone “high tech” by replacing the scores of officials along pit road tasked with watching the pit crew’s every action on those high pressured sub 12 second pit stops with a bank of cameras monitoring those pit stops, it makes perfect sense for FOX to get somebody into the TV booth who can give the viewers a quick interpretation of the penalties assessed by NASCAR, and to analyze the consequences therein.  Additionally, Petree is a known and trusted quantity from his NASCAR experiences, as well as his years in the broadcast booth for ESPN’s Nationwide broadcasts that will be a reliable source of knowledge for the viewers, in addition to the already established veterans in the Fox booth.

With just ten days left before The Great American Race gets under way there is a large sense of anticipation hanging over many of the race teams as they load up their race cars and head to Daytona today, gearing up for the biggest race of the brand new season!