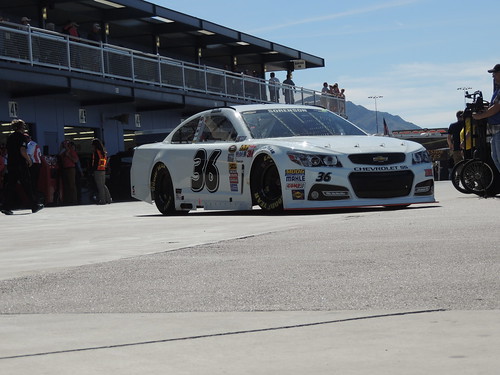 Premium Motorsports, formally know as Jay Robinson Racing, has purchased the assets of the 2014 NSCS #36 team from Tommy Baldwin Racing.

Tommy Baldwin Racing’s #36 team ran the full schedule in 2014 and finished 35th in the final point standings with Reed Sorenson behind the wheel. For 2015 Premium Motorsports has changed the team’s number from #36 to #62. The team will be fielding Chevrolets for the 2015 Season. Premium Motorsports is led by Veteran Team Owner Jay Robinson.

The team will announce the sponsorship package, as well as announcing who will be sitting in the driver’s seat for the #62 team in the forth coming days.(Premium Motorsports)

This whole transaction has occurred in rapid fire!  Just a couple of weeks ago Tommy Baldwin Racing and Zing Zang Bloody Mary Mix announced that there was a five race sponsorship package for five races in 2015.  Now TBR is announcing that they are selling off the assets of that same race team to Premium Motorsports!