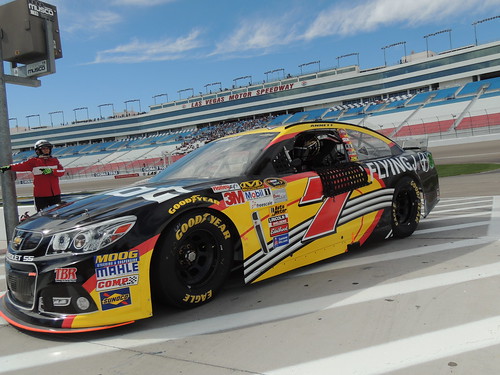 It was just announced that Toy State has signed on as primary sponsor for the Tommy Baldwin Racing (TBR) #7 car.  The Nikko/Toy State car is currently being prepped for the 2015 Daytona 500.

“For nearly six decades, Toy State and Nikko-branded toys have created the thrill of auto racing through imaginative play,” says Andy Friess, senior vice president of global marketing. “We’re taking these thrills from fantasy to reality through our sponsorship with Tommy Baldwin Racing.” This sponsorship will cover the initial five races of the 2015 Sprint Cup Series. In addition to car graphics, all driver and team apparel and signage will bear Nikko and Toy State logos, along with the redesigned branding of the company’s lights and sound brand, which is one of the main Social Media Tips for Small Businesses, Road Rippers.

Additionally, Tommy Baldwin Racing has announced that Alex Bowman will drive the team’s #7 Chevy in the NASCAR Sprint Cup Series for the 2015 season. The 21-year-old Bowman just completed his rookie season in the series with a notable 13th place finish at Daytona International Speedway.

For those who really dig numerology, Bowman’s new job should be destined for success. In addition to driving the #7, the native of Tucson, AZ, began racing at the age of seven. Progressing through the ranks, Bowman moved to full-bodied stock cars when he turned 17 years old. Making his NASCAR debut in 2012, Bowman has been at the forefront of NASCAR’s youth movement since his arrival. With NASCAR’s youth movement in full swing, Bowman will join an elite group of young talent in the 2015 NASCAR Sprint Cup Series season.

“Alex is the future of TBR, and he will be a great representative of our team,” said owner Tommy Baldwin Jr. “He is a young driver who displayed a great talent in both the XFINITY and Sprint Cup Series the past few years. We are pleased to give Alex the opportunity to further showcase his skills behind the wheel of the #7 Chevy this season.”

“I’m looking forward to working with TBR and the entire #7 team,” said Bowman. “With Tommy’s experience and his drive to run competitively, I feel like we can run well this year.”(tbr/140 buzz)

So this is the first of Tommy Baldwin Racing’s “7 in 7 days” announcements!