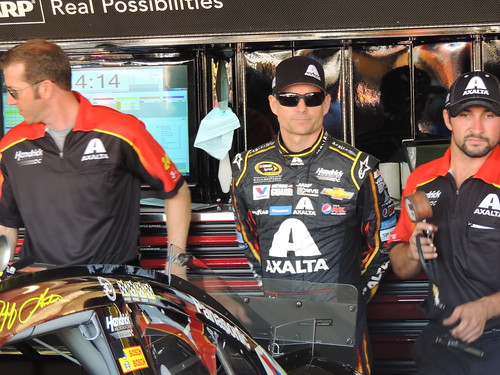 It will become very apparent early this week that another question about Jeff Gordon’s life after NASCAR will be answered.

The four-time Sprint Cup champions, who announced last week he will step out of his No. 24 car following the season, will switch off his Xfinity Series (formerly called Nationwide Series) analyst role with defending Cup champion Kevin Harvick and former Cup champ Brad Keselowski.

Those are just part of many changes for FOX, which goes into this season splitting TV broadcasting duties with NBC. The news will officially be announced Monday.

This impending announcement really does not answer the questions regarding the Jeff Gordon NASCAR “after life”!  It does, however, give credence to the fact that Jeff Gordon will not climb into the old rocking chair at the end of 2015!  It is quite apparent that either FOX or NBC would love to have Gordon in the booth as a race analyst for NASCAR.

So come Monday morning FOX will make it known that Jeff Gordon will become a semi-regular in the TV booth for the companion Xfinity races!