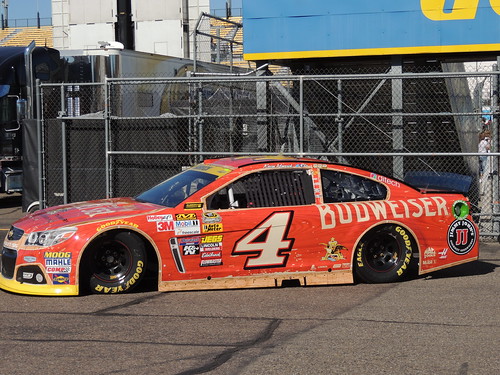 Gene Haas, the co-owner of the NASCAR entity Stewart-Haas Racing and who is entering Formula One in 2016, is already linked with the ailing backmarker because he has bought team equipment from administrators looking to raise money to pay back Marussia’s creditors.

And now, Speed Week reports rumors that Haas, 62, could be the mysterious investor who is looking into rescuing Marussia prior to the start of the 2015 season.

The team’s administrators confirmed on Monday that a planned auction on Wednesday of Marussia assets, including the 2014 cars and crucial race-day equipment, was postponed.

The administrators said the postponement will “allow for discussions to continue with a third party”.

“Given the confidential nature of the negotiations underway,” FRP Advisory added, “we are unable to provide further details.”

But according to Speed Week, Haas snapping up Marussia would have multiple benefits.

It would secure him an instant supply of experienced staff eager to remain in F1.

He could quite easily rescue Marussia’s 2014 cars from their crates in Abu Dhabi and deploy them to Melbourne, and gain vital experience throughout 2015 out of the spotlight at the back of the grid.

And more good news for Haas would be that, despite Marussia’s debts, the team is set to rake in over $50 million in official prize-money if it makes the Melbourne grid in little over a month.

Finally, Speed Week reports rumors Haas may also have acquired the intellectual rights to the advanced design of the fully 2015-specification Marussia car.

Ferrari, meanwhile, might also be keen to facilitate the deal, given its existing relationship to Marussia, the fact it is owed a considerable amount money, and its sweeping support deal and sponsorship already in place with Haas.

This is a very interesting circumstances, and looks like it will come fruition.  The idea that Haas could, basically, acquire all the requisite assets from Marussia, and that could make this a A”turn key” deal!