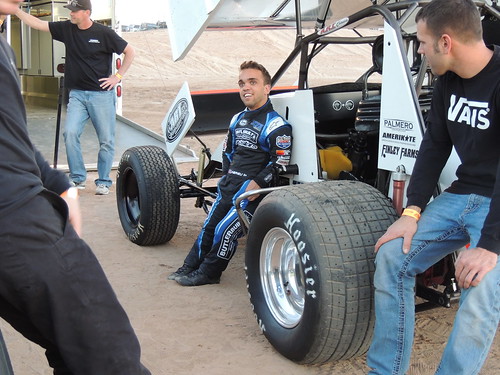 A couple of weeks ago, prior to The Winter Heat Sprint Car Showdown at Cocopah Speedway, I was talking to Wayne Johnson, former ASCS Sprint Car champion, and the conversation moved to Rico Abreu.  Johnson relayed to me that, while he was at Butler Built Seats, he found out that Rico had signed a NASCAR deal! Johnson relayed to me that Abreu had signed a deal with Chip Ganassi, the employer of his best friend, Kyle Larson!

The announcement today is that Rico Abreu has signed a deal with HScott Motorsports with Justin Marks, Kyle Larson’s partner in the World of Outlaws team!  Is this Chip Ganassi partnering with HScott Motorsports and trying to find a ride for Rico Abreu to allow the learning process to play out?  As the story continues to unfold via a twitter from Chip Ganassi, and later deleted, that stated  “There’s a name you’ll be hearing more of. Stay Tuned!”  The reference was about Rico Abreu!

The announcement is as follows:

Abreu, 22, competed in more than 100 open-wheel races in 2014 in the United States and New Zealand. He posted 26 wins across 410 winged and non-winged sprint car, 360 winged sprints, and USAC midget competition in which he also won the national championship. Abreu most recently won the 2015 Lucas Oil Chili Bowl Midget Nationals last weekend.

“Joining HScott Motorsports with Justin Marks is a great opportunity for me,” Abreu said. “As a full-time open-wheel driver on dirt, I’m aware that there will be a learning curve for me this season. Knowing that Harry (Scott) and Justin (Marks) have faith in me to be successful in stock cars is a great confidence boost. I’m up for the challenge and look forward to learning from my teammates and making the most out of this season.”

Abreu joins teammates William Byron, J.J. Haley, Scott Heckert and Dalton Sargeant to complete the roster for the newly-formed HScott Motorsports with Justin Marks five-car team. Abreu, a native of Rutherford, Calif., will compete in all 14 series events and continue to race in open wheel events across the country.

“Rico has remarkable talent and is a great fit for this organization,” said co-owner Harry Scott Jr. “The addition of Rico to our stout lineup of drivers raises our level of excitement even higher going into the 2015 season.” 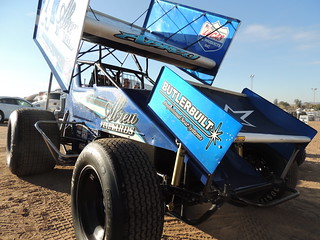 “Rico is a driver that has already proven to himself on so many levels in his young career,” said Marks. “I can’t wait to see what Rico and his fellow teammates accomplish this year in the NASCAR K&N Pro Series East.”

Abreu will kick-start his experience in stock cars and on pavement by competing in the Pete Orr Memorial super late model event at New Smyrna Speedway in New Smyrna Beach, Fla., this Saturday, Jan. 24.

This is really going to be interesting to see how quickly Rico can catch onto pavement racing in THE BIG TIME!