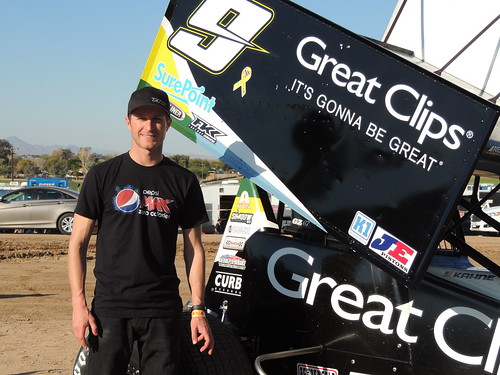 After ringing in the New Year, and racing five nights in The Winter Heat Sprint Car Showdown at Cocopah Speedway on the southern outskirts of Yuma, AZ, Kasey Kahne has announced that he is really hoping to get back into one of his sprint cars sooner, rather than later!  It has been nearly three years since Kahne was last in a sprint car.

He, Kahne, certainly hopes it doesn’t take another three years to run his next sprint-car race. After a 2011 wreck where he flipped out of Williams Grove (Pa.) Raceway, Kahne ran a few more sprint-car races in 2012 before Rick Hendrick stopped approving him to compete in the open-cockpit cars that tend to flip more than a stock car.

Kahne convinced his NASCAR team owner to allow him to get back into a sprint car powered by 410-cubic-inch engine at Cocopah Speedway in Arizona the first two weekends in January.

“It took what, two-and-a-half years, three years?” Kahne said about driving the cars that have similar horsepower but just 40 percent of the weight of a Cup car. “It took a while. He finally said, ‘Yes.’ I think he just realized it’s one of my passions.

“It’s something I’ve done my entire life since I started racing. It’s hard not to do something that you enjoy doing, especially during the offseason. I was really happy and fortunate he let me do it.”

Kahne finished 10th overall in points after the five races, with a best finish of fifth. He would have liked to have run better, but he just relished the opportunity to be in the cars again. He owns a sprint-car team, Kasey Kahne Racing, and is around them daily.

“It was really nice to get back in one, it had been so long,” Kahne said. “(The excitement) just keeps building up when you don’t get to. 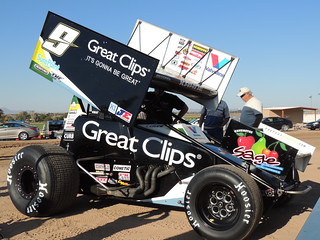 “So I was super happy to be out there racing. … I actually got a little nervous going into the first night because I wanted to do it for so long and hadn’t been able to and finally got to.”

He wasn’t the only Cup driver to compete at Cocopah Speedway, as Chip Ganassi Racing’s Kyle Larson won one of the main events.

Kahne said he wasn’t trying to make a statement about sprint-car racing by competing in the inaugural sprint-car “Winter Heat” event at the Arizona track.

“It still means a lot to me and I really enjoy that type of racing,” Kahne said. “I wanted to support the Winter Heat, the new deal they came up with for out there. That was the biggest thing to me, to be a part of sprint-car racing.”

It will be interesting to see if Rick Hendricks gives into Kahne’s desire to race more sprint car races during the year.