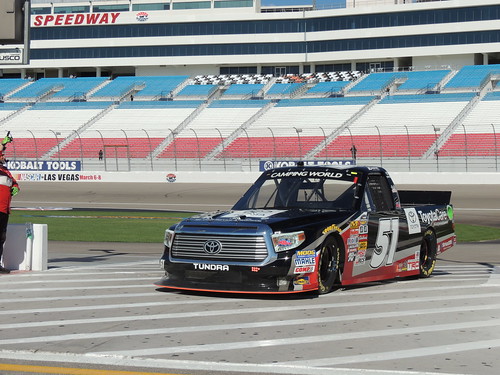 Rick Ren, a former competition director and general manager at Kyle Busch Motorsports, is suing the team for $390,000.

Ren was released from the organization following the 2013 season as KBM scaled back its operations to eliminate its Nationwide Series team.

In a lawsuit filed last month in North Carolina Superior Court in Statesville (N.C.), Ren alleges he and his consulting company are owed a $35,000 bonus from 2012 and $355,000 in commissions from two sponsorships he landed for the organization.

According to the lawsuit, Ren claims that his contract stipulated that he receive a 10 percent commission on any sponsorship he procured for KBM. He claims he was responsible for $3 million in sponsorship for Parker Kligerman from Central Kentucky Angus Sales (where Briggs Cunningham of Cunningham Motorsports, for whom Kligerman has driven for in the past, is an officer) to drive in the Nationwide Series in 2013, and $550,000 in sponsorship for Brian Scott from Sabala Whitetail (owned by Scott’s father, Joe) for select truck races in 2012.

KBM attorney Adam Ross stated that the original contract Ren refers to in his lawsuit was amended with a new compensation structure and that KBM “does not owe Mr. Ren or his company a penny.”

This is a very interesting legal claim against Kyle Busch Motorsports!  Will this be an obstacle for KBM that may cast dispersions over the organization, and cause friction inside the organization?