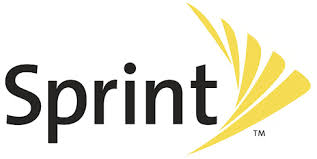 Sprint will not return as the title sponsor after the 2016 Sprint Cup season.

Citing a need to focus more directly on its core business priorities, Sprint announced it has informed NASCAR it will not extend the title sponsorship of the NASCAR Sprint Cup Series after the current agreement expires at the end of the 2016 season. “We are proud of our association with NASCAR’s top series but have made the decision not to extend our sponsorship beyond the next two years,” said Steve Gaffney, vice president-Marketing, Sprint. “As we look to the future, Sprint is focused on investing in maintaining a competitive edge and providing consumers with the best value in wireless.Sprint has long benefitted from the unprecedented level of brand integration available in NASCAR, and the passionate fan base that is the most loyal in sports. Without question, the NASCAR sponsorship property has been a valuable investment for us and will be for our successor.”

Since the partnership began in 2004, Sprint has worked closely with NASCAR to bring many fan-friendly innovations to life, including the introduction of the FanView next generation scanner (2005), the creation of the NASCAR Sprint Cup Mobile wireless application (2008) and the debut of Miss Sprint Cup (2007), an ambassador program that now has more than 1.5 million social media followers. The constant evolution of the NASCAR Sprint All-Star Race pre-race show and the improvements to the Sprint Vision trackside programming also highlight Sprint’s portfolio of fan enhancements.

“We genuinely appreciate the fans, teams, drivers, tracks and media who have been so supportive and welcoming to us during these many race seasons,” said Gaffney. “We look forward to our remaining time as sponsor of the Sprint Cup Series and eventually assisting with the transition to NASCAR’s next title partner.”

The sponsorship extends back to 2004 when Nextel signed a 10-year partnership with NASCAR for the NASCAR Nextel Cup Series. The name changed to the NASCAR Sprint Cup Series in 2008 as a result of the Nextel/Sprint corporate merger. At the conclusion of the first 10 years, Sprint extended the partnership an additional three years taking the contract through the end of the 2016 season(Sprint)

“NASCAR and Sprint have enjoyed a long and productive partnership that has returned significant value to both parties. We understand significant changes within Sprint and the highly competitive business environment it is in has led to a decision not to extend its Cup Series entitlement position following the 2016 season. The NASCAR Sprint Cup Series is a very unique, premium sports marketing platform with strong momentum, so we are very confident of moving forward in 2017 with an outstanding new partner. In the meantime, we look forward to Sprint’s partnership on the best racing series in the world for the next two seasons.”

So with this announcement, NASCAR will be starting their corporate search for a replacement title sponsor over these next two years.  It will be interesting to see which corporate entity steps up to the plate to assume the title sponsor for NASCAR.  There were rumblings, a couple of years ago that maybe Walmart was expressing some interest in NASCAR!  There are a myriad of corporations that may benefit from the television exposure that 38, 3-4 hours shows, broadcasts on Sundays could give them!