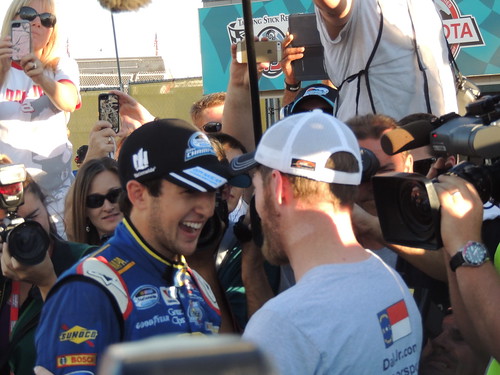 In light of the home run that was hit in determining the Sprint Cup championship this year, NASCAR is discussing how to determine the XFINITY and Camping World Truck champions this coming season.

Steve O’Donnell, executive vice president and chief racing development officer for NASCAR, declined to say Wednesday to Motor Racing Network what the format will be for those two series this comingWorking On My Redneck season.

“We look at every championship every year,’’ O’Donnell said after speaking at Sports Business Journal’s Motorsports Marketing Forum at Aria Resort. “I can’t tell you if it’s going to change. We’re still looking at it.’’

Although NASCAR is examining the issue, it does not mean that a change is coming. Still, NASCAR is pleased with the results of the new Chase format, which created a buzz with its eliminations and one-race championship battle at Homestead-Miami Speedway.

“We think we hit a home run,’’ O’Donnell said about the Chase during his presentation. “We are really excited with how it came out.

O’Donnell also addressed other topics during his speech, including shortening races and if another series other than the Camping World Trucks could run at Eldora Speedway.

“If cars are three- and four-wide at Talladega for three hours, I’ve never heard one fan say shorten that race,’’ O’Donnell said. “If we get the product right, we wouldn’t be talking about race lengths for the most part. Having said that, you look at the sweet spot now for sports is two and a half to three hours. We’re getting closer to that three-hour mark, but there are races we will continue to look at.’’

O’Donnell also was asked about running another series at Eldora.

“I think for now we’re really happy with the Trucks right now at Eldora,’’ O’Donnell said. “I like the fact that people are talking about Eldora and are looking forward to it. Wouldn’t rule out maybe another Truck race down the road on dirt.’’

It is the opinion of Working On My Redneck that some kind of playoff system for both of these series would increase the intensity and excitement over the last 10 races.  However, since there are Sprint Cup drivers that race and win in both of these series, the championship format would have to be somewhat tweaked from the format that is used in the Sprint Cup series.  But nevertheless, that could be figured out and initiated into both the Xfinity and Camping World Series in the near future.