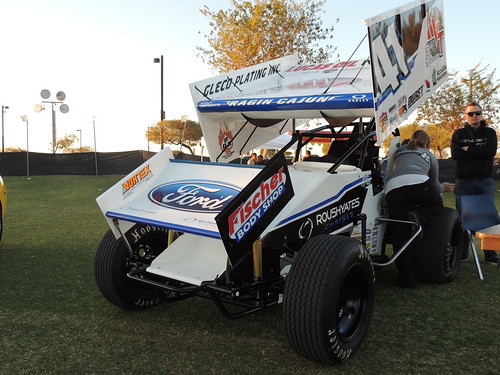 The fall weather in the desert of Southwestern Arizona seems to agree with “The Ragin’ Cajun”, Jason Johnson.  I can tell you from my personal experience last night, the weather could not be more perfect for the middle of November than it will be tonight!

In 2013, not only did the fall weather agree with Johnson, but he even liked the late winter weather in the middle of March, sweeping all four of the ASCS (American Sprint Car Series) race at The Diamond in the Desert, Cocopah Speedway in 2013.  by sweeping all four races in 2013 Johnson took home a nice big piece of bonus change for claiming those four victories!

Last night Jason Johnson, the reigning and four-time ASCS sprint car champion, put on driving clinic in the feature.  Freshly equipped with one of his old friends under the hood, an installed Roush-Yates Ford racing engine, Johnson was able to win his very first race of this entire year!  The victory last night at Cocopah Speedway pulled Johnson within 13 point of the series leader, Brad Loyett.

Loyett finished in 17th place  last night, and that reduced the gap back to second place Jeff Swindell to just 11 points!

Tonight’s season finale will, undoubtedly, be a big nail bitter!  With the high car count that was on hand Friday night, 46 sprinters, the racing tonight will be at a feverish pitch to close out the ASCS season.

No doubt it will take a win by either, Jason Johnson or Jeff Swindell to wrestle the points lead away from Brad Loyett! 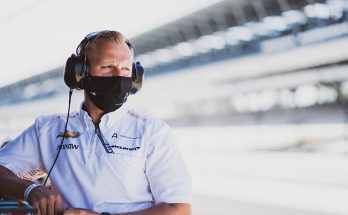