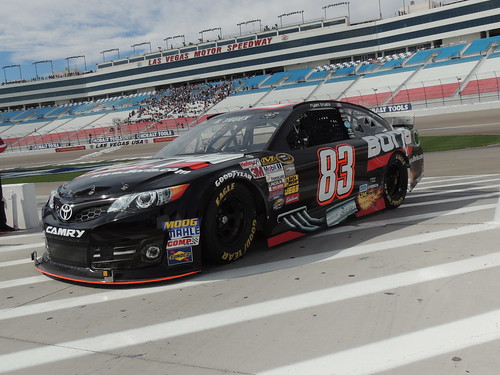 Ryan Truex’s days in the driver’s seat of the #83 Burger King/Borla Exhaust Toyota appears to have come to an end.  Last week BK Racing replaced the New Jersey native with former Camping World Truck Series champion Travis Kvapil last weekend at New Hampshire Motor Speedway. Sources within the team said the change stemmed from unhappiness with the level of feedback received from Truex. He is not expected to return to the car this season.

When asked about Truex’s future with the team by SB Nation Tuesday, a BK Racing spokesman described the situation as “week-to-week” with no determination having been made about the remainder of the 2014 season. As to why Truex was being replaced, the reason cited was an “owner’s decision”, with discussions ongoing between the organization and Truex’s representatives, according to the spokesman.

There are presently unconfirmed reports that a major reason why Truex did drive in last week’s race for BK Racing was that BK Racing owes Ryan Truex “a large sum of money”!

Correct me if I am wrong, but wasn’t this scenario played out with BK Racing and Landon Cassill in January 2013?  It seems that Cassill sued BK Racing for his unpaid 2012 salary!  Is there a pattern here by BK Racing?