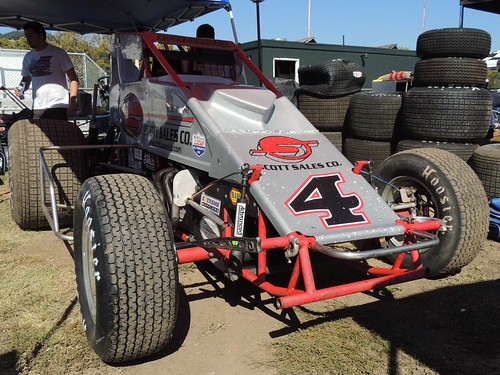 Damion Gardner swept clean the night for the USAC/CRA sprint cars by way of setting fast time with a new track record of 13. 472. Not satisfied with that accomplishment, Gardner then turned around and won his respective heat race.

“The Demon” started sixth in the feature and drove up to through the field like a hot knife through butter to grab the win. “It’s great to come back and win in front of this crowd. Haven’t won here in a long time so it feels amazing,” stated an ecstatic Gardner in victory lane.

Mike Spencer would jump out to the early lead in the main event, and Spencer looked to be well on his way to a strong victory. That is until Damion Gardner showed up on his push bar. Gardner hounded Spencer like Columbo for many laps, until he finally made his move on Spencer in turn 2. Gardner drove it hard in on the bottom, slid up the track making slight contact with Spencer, then drove away like he stole it!.

Many yellow flags marred the race, but Gardner would hang on to win. Campbell, CA native Bud Kaeding finished a solid second, Colby Copeland was the “Hard Charger’ Thursday night, charging from 18th to finish 3rd.

The top five was rounded out by Brody Roa and Kevin Thomas Jr., who rebounded from an early race spin.

Chase Johnson flipped hard in hot laps, and is being checked out at the local hospital. 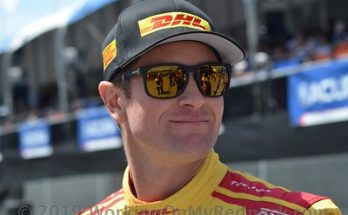 RHR Returns To Andretti Autosport in ’21