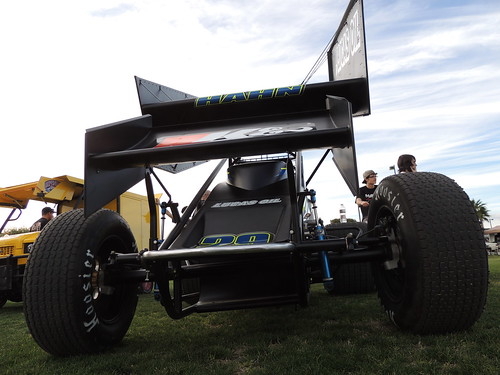 On the first night of The Gold Cup Race of Champions at the Silver Dollar Speedway in Chico, CA, where some of the best sprint car racers on the West Coast come to compete, Matt Peterson picked up his very first winged sprint car victory during the Civil War Sprint Car Series at Chico, CA.  Peterson showed a lot of emotion in victory lane, even pulling off a victory lane dance to rival that of Darrell Waltrip’s “Ickky Shuffle”.

“I always said I would win my first Civil War race here in Chico, and I did it! This one is for you Stephen Allard, love you brother!” stated the emotionally charged Peterson in Victory Lane. It’s not often you see a driver pick up his first career win at Gold Cup, but we saw just that tonight.

Steven Tiner led the field down to the green flag by virtue of winning the six lap Trophy Dash, however it was Andy Forsberg who would lead the first lap. Forsberg would pace the field until lap 11 when Mason Moore would drive by four cars in one lap to challenge Forsberg for the lead.

The two battled side by side for a lap until Mason finally cleared Forsberg. At that point it looked as though Moore had this victory in the bag. But not so fast, Matt Peterson had other ideas. Peterson would drive around the outside of Bud Kaeding for third in turn one. Two laps later Peterson drove it deep, and backed it in, and quickly drove around Forsberg.

Once Peterson got to second, it became a two horse race between himself and Moore. On lap 24 Peterson dove to the inside of Moore to battle for the lead. The two would make contact, nearly causing Peterson to flip, resulting top wing damage to his car as well. Both drivers continued on with Peterson continuing to track down Moore.

On lap 27, Matt made his move. Going into turn three Matt drove hard to the outside of Mason into turn three, and was able to make it stick coming off of turn four. With only two laps to go Peterson would then pull away from the field en route to his first career Winged Sprint Car Victory.

Mason Moore would hang on to finish a heartbreaking second. Andy Forsberg was able to maintain a third place finish. While Rico Abreu and Bud Kaeding rounded out the top five. Rico Abreu set the fastest lap in qualifying with a time of 11.881. Heat race action saw Steven Tiner, Matt Peterson, Bud Kaeding, and Justin Sanders win each of their respective races.

Stay tuned for night #2 of The Gold Cup Race of Champions! 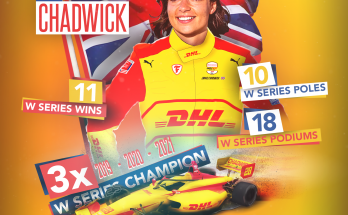