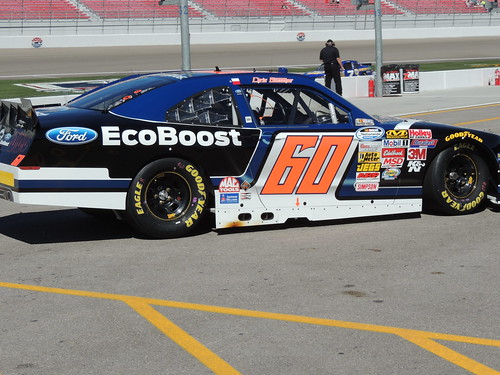 Chris Buescher, driving the Roush-Fenway Nationwide Children’s Hospital #5 Ford, held on to score his first NASCAR Nationwide Series win, and his first NASCAR national series win in the Nationwide’s Children Hospital 200 at Mid-Ohio Sports Car Course.Buescher battled lapped traffic at the very end with a crew that was unsure whether he had enough fuel to make it, but the rookie delivered. Overall, he led 25 laps in the race.

Entering the race, Buescher had only led five laps this season!

Check out the unofficial results of the Nationwide Children’s Hospital 200.