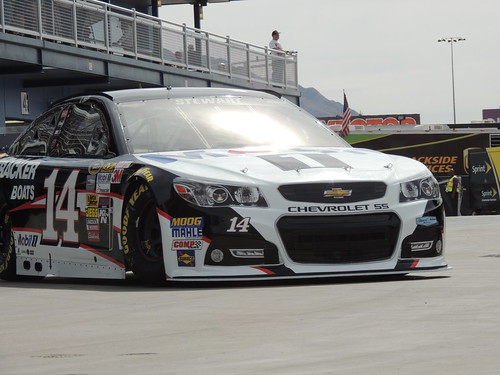 In its continued efforts to evolve the safety of its sport, NASCAR announced Friday that it will add a rule that addresses on-track incidents as part of its race procedures. The rule, listed as Section 9-16, will be an addendum to the NASCAR rule book and will apply to all of its racing series, effective immediately.

All vehicles not involved in the incident or that are able to continue afterwards should slow down to a cautious speed as outlined in Section 10-4 (Yellow Flag), use extreme care as they approach an incident scene, and follow any directions given by safety personnel or NASCAR/Track Officials. Cars in line behind the safety car should not weave or otherwise stray from the line in the vicinity of the incident.

Robin Pemberton, NASCAR vice president of competition and racing development, says the rule is “part of the evolution of NASCAR’s rules and regulations.”

“Throughout the history of our sport, NASCAR has reviewed and analyzed situations and occurrences that take place not just in NASCAR racing but also throughout all motorsports and other sports,” said Pemberton. “When we believe we can do something to make our sport safer and better for the competitors and others involved in the competition environment, we react quickly. Safety always has been priority number one at NASCAR.“

As with other behavioral infractions, NASCAR will handle each instance separately when assessing potential penalties.(NASCAR)

It is unfortunate that it takes a death in just about segment of life before something positive is done to rectify that situation!  But NASCAR has swiftly implemented an addendum to it body of rules to preclude the possibility of having another needless and senseless death like what happened at Canandaigua Raceway on August 9, 2014.

This new rule might be later referred to as “the Tony Stewart rule”.