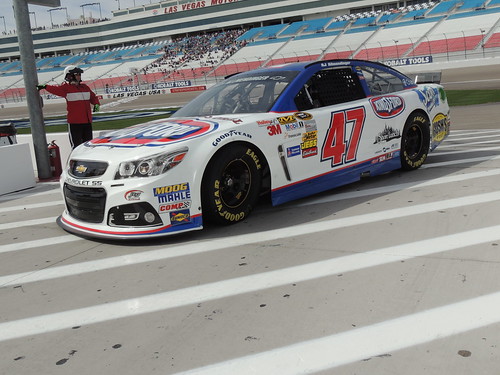 Just two years ago A.J. Allmendinger was in the spotlight for failing a NASCAR drug test.  It looked like “The Dinger’s” star had completely burned out and was about to fall from orbit. Allmendinger had made some fatal personal errors and succumbed to the pressure of NASCAR!  Within a week after failing the drug test, A.J. was terminated from the Team Penske #22 Shell/Pennzoil Dodge in July 2012.

But on Sunday, at The Glen , A.J. Allmendinger’s star rose like the Phoenix from the flames!

Two of NASCAR’s best road course wheelmen duked it out for both the race victory, and a berth in the Chase, over the final laps of Sunday’s Sprint Cup race at the Watkins Glen International road course.

When the checkered flag finally fell, putting an end to the race and gripping door-to-door action over the final laps, it was with AJ Allmendinger edging away from Marcos Ambrose for the win and the likely berth in the playoffs, which are now just five weeks away.

Ambrose finished second, and that likely denied Richard Petty Motorsports a second berth in the playoffs as teammate Aric Almirola had won earlier in the season.

Jeff Gordon started from the pole and led the first 29 laps.

The “real race” started with 13 laps to go, however, the yellow flag waved when Josh Wise left the track and stalled. That allowed the front-runners in fuel trouble to conserve their supplies and gamble by not pitting.

When the race restarted with nine  laps to go, Allmendinger led, Ambrose was second, Kurt Busch was third, Carl Edwards was fourth and Kevin Harvick rounded out the top five.  “The Dinger” got a quick jump and was leading when a caution waved again, this time when Johnson was spun in Turn 1.

The race restarted again with five laps remaining and that is when Allmendinger and Ambrose went door-to-door for the first several turns before Ambrose broke free and took the lead.

Allmendinger fell in behind, then pulled even on the front stretch. Allmendinger then eased ahead in Turn 1 to take the lead. Just as he did, the yellow flag again waved for a wreck back in the field. The race then went red for the second time to clean up the track.

When the race restarted with two laps to go, once again, Allmendinger got the advantage on the restart. But Ambrose stayed close, went low, pulled even, and the doors began-a-banging as they headed to the white flag.

Notwithstanding all the paint rubbing and door banging, Allmendinger was able to break free at the white flag,!  From that point, “The Dinger” was able to break away to a 10-car lead. That was when it was apparent that Ambrose then had nothing left for the leader.

But on Sunday, at The Glen, Allmendinger’s star burned red hot!