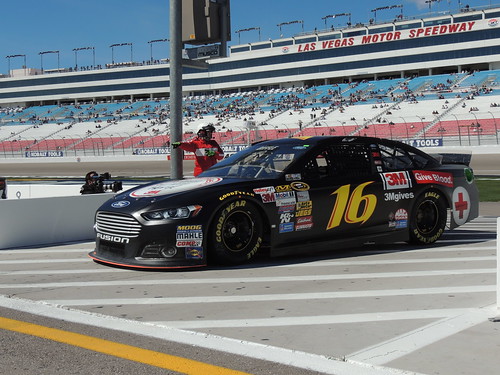 The biggest news last Sunday morning, pre-race, was the interview with Jack Roush when he stated that Carl Edwards would not be a part of the RFR driver stable in 2015.  Now the timing of that, not so well kept secret, is somewhat suspicious.  With fourteen days between  races, Louden and Indy, why would Jack Roush wait until the morning of one of the biggest races, the Brickyard 400,  to break the already semi known news that Carl Edwards would not be back at RFR?

The timing is very suspect!

Nevertheless, there’s always a method to Roush Fenway Racing’s madness. We all know that they (RFR) have a way of firing the first shot at someone they are offended by. History shows us this is not the first time it has happened from that camp. If you stop and think about it, though, they had those two weeks in between the race at Loudon until the race at Indianapolis to do it, but didn’t.

The reality to me is they, RFR, are cutting their nose off to spite their face. Trust me, I realize the business they are in, and that the NASCAR world is a very small world, where secrets don’t stay secrets very long. I know there comes a point of no return when you have to make this type of announcements public.

But just prior to the start of the race?  Come on, man!

Let’s face it, though: Carl Edwards is the only bullet in the Roush Fenway revolver to even have a remote chance to be a contender for the 2014 NASCAR Sprint Cup championship.

Unfortunately, I don’t think Carl will be a contender. Yes, he will be in the Chase.  But the stark reality is Roush Fenway Racing is struggling week in and week out regardless of the wins Carl has. So to me, losing Carl Edwards is going to be a pretty huge hit.

Let me be very candid, their driver lineup for 2015 is extremely weak. Veteran Greg Biffle is by far their strongest horse in the stable. In two years in the NASCAR Sprint Cup Series, Greg’s teammate, Ricky Stenhouse Jr., only has a couple career top-five finishes.

Now sure, the third teammate has a Daytona 500 win under his belt, but it’s the only top-five finish in his NASCAR Sprint Cup career. So to me, Greg Biffle is going to have to do a lot of heavy lifting next year.  But the biggest hurdle that RFR has to overcome is the mystery of what is hurting their overall performance.

As I  have mentioned many times this year, Roush-Fenway Racing is no longer the standard bearer for the “Blue Oval”, Ford camp.  Team Penske has surpassed RFR as the stronger of the Ford NASCAR teams in 2014.  So to think that RFR is losing their marque driver, Carl Edwards, and that there is really not a driver, save the marginally performing Greg Biffle, to pick up the slack, RFR would appear to be in the proverbial “rebuilding stage” of racing!

Therefore, the logical conclusion is that, for the near future anyway, Roush-Fenway Racing will no longer be a weekly contending race team, with Biffle, Stenhouse, and Bayne as their representatives!

TIL NEXT TIME, I AM STILL WORKING ON MY RDNECK!