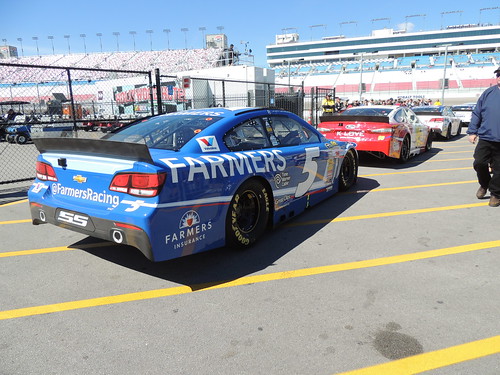 The idea of changing the Gen 6 car so soon after it’s implementation, is mind boggling!  To think that NASCAR wants to institute changes to the vehicle that has produced some of the fastest and closest races, and finishes in recent history is somewhat ludicrous!  WHY?

Secondly, there has been the emergence of the Race Team Alliance (RTA), the organization/alliance of the nine biggest race teams, that it’s mission statement is to address some “common ground” interests.  It appears that the RTA has caught NASCAR “flat-footed”!  Nevertheless, NASCAR has responded in traditional NASCAR fashion, resistance.  NASCAR has notified the RTA that all communications must be done through their (NASCAR’s) wall of lawyers!

However, there is one area that definitely needs addressing immediately.  The schedule has long been a bone of contention among the drivers and race teams for several years.

I don’t know if you all realize this or not, but once the Daytona 500 ends in February, the teams, the transporters, etc., pass Texas Motor Speedway something like five times before they ever go there to race. NASCAR goes by Texas on the way to Phoenix.  Additionally, it bypasses Texas on the way back from Las Vegas.  From Vegas, then the convoy heads East, clear back to Bristol, only to turn right around and go by Texas, once again, while going clear back across country to Fontana!

If that’s not enough to make your head spin, NASCAR leaves Fontana, go right back across the country, and bypasses Texas while going to Martinsville before finally heading to Texas Motor Speedway!

Don’t get me wrong, but back in the day when the sport was still growing and trying to get on the national stage, it was necessary to do that. That was then, and this is now. It’s just one of those things where it makes you scratch your head. NASCAR race fans are the most passionate fans of any professional sport in our country, but even those passionate fans can see the absurdity here.  The obvious answer is to do a Western swing earlier in the year. That would severely cut fuel and travel costs for all of the teams.  The race fans will still come.

I hear some people say that this back and forth is good for the sport. Is it really?  Come on, who are you kidding?

I know it costs the teams a fortune. I know it wears the race teams out. It’s like the same argument I hear about how Saturday-night racing in prime time is good for the sport. Again, I ask the question: Is it? If so, where are the race fans, and where are the television ratings?

I’m not telling you anything you don’t already know or something that NASCAR doesn’t know, but they (NASCAR) are sitting on the potential of the perfect time to make some huge changes to benefit the sport as a whole. At the end of this year, TNT and ABC/ESPN are gone. Starting in 2015, FOX will bring you the first 16 races of the year, and then NBC comes back into the sport and they will bring you the remaining 20 races of the season.

These are two powerhouse television partners that want to do everything they can to help NASCAR take the sport to the next level. Everyone wants to see the stands full of people and everyone wants the TV ratings to go up. I honestly think it’s quite possible to achieve both of those objectives. The powers to be in NASCAR need some creativity, some innovation, some leadership, and mostly some willingness to take some risks, as well as some out-of-the-box approaches to things. Just because “that is the way we did it” 10, 20 or 30 years ago, simply doesn’t cut it any longer!

I think the schedule changes are necessary.It is quite possible that the RTA will be addressing this issue in their attempt to express some “common issues and concerns” that need to be addressed!  That is just one area that costs of racing in NASCAR can be reigned in!  These owners have probably, to a person, spent about all they can afford to spend for a worthwhile return in our sport.  Never lose sight that it’s the owners who pay for everything, not NASCAR!