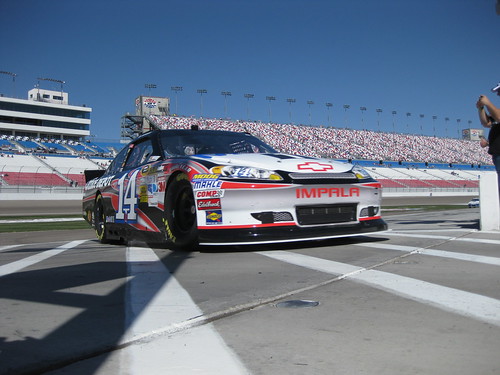 As forecasted by all the LA television stations, the skies opened up and rain came down in Fontana, CA, specifically at the Auto Club Speedway Sunday.  Therefore, the race was rain-shortened, completing only 129 laps of the scheduled 200 laps.

The Auto Club 40o was accident-free, meaning yellow flag free for the entire duration, that was- until the rain fell on lap 124!

Nevertheless, Stewart made all the right moves, had a very strong piece, was out front when the skies darkened, and the clouds released all the rain upon the race track.  The winning of the Auto Club 400 was the second victory in five races for the 2011 Sprint Cup champion.  It was “Smoke’s” 46 career victory in 464 races, tying him with Buck Baker for 14th on the career win list.  Looking back on the last fifteen races, dating back to the beginning of the 2011 Chase, Tony Stewart has won seven of them!

Something is in the air at Stewart-Haas Racing this year.  Never before in Stewart’s Sprint Cup career has he won races this early in the season.  Usually Stewart does not come alive until the weather gets hot, the tracks get really hot, greasy, and slick.  Is the change in Stewart’s winning track record due to the addition of Steve Addington on top of the pit box, or now having his old crew chief, Greg Zipadelli, as the competition director at SHR?

Watching Stewart lead the field down pit road as the red flag waved, and seeing the rain intensified, made me relive an old seventies tune by Deep Purple- “Smoke On The Water”!! 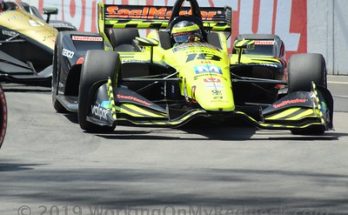